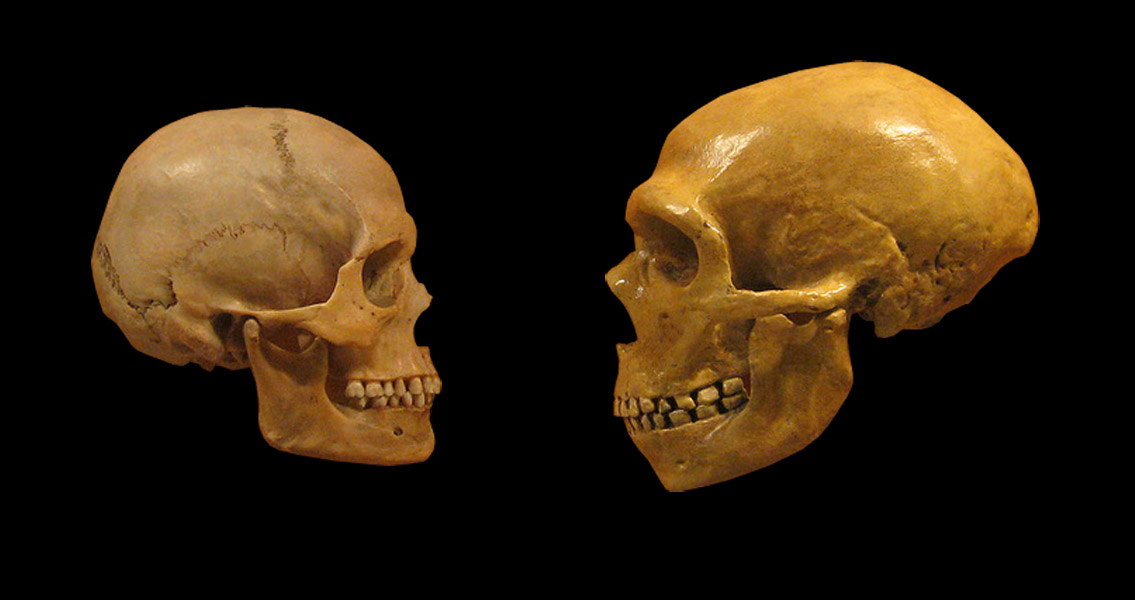 GENETICS. Harmful mutations present in the genome of Neanderthals made them up to 40% less fit reproductively than modern humans, according to the study. Although most of the effects have since been lost to time, these mutations likely passed to non-African humans when they interbred with Neanderthals. It is suggested that the mutations could still be affecting the fitness of some populations today. The study was led by Kelley Harris of Stanford University, along with her colleague Rasmus Nielse, from the University of California Berkley and Copenhagen University. “Neanderthals are fascinating to geneticists because they provide an opportunity to study what happens when two groups of humans evolve independently for a long time–and then come back together,” Harris explained. “Our results suggest that inheriting Neanderthal DNA came at a cost.” It is now widely accepted that modern humans interbred with Neanderthals, our closest extinct genetic relatives, with between 2% and 4% of genetic material in modern, non-African human populations having a Neanderthal origin. A study published earlier this year suggested that anything from the risk of depression to nicotine addiction could be connected to the mixing of human and Neanderthal genomes. Due to their smaller, more concentrated population, inbreeding was much more common among Neanderthals than modern humans, leading to their decreased genetic diversity. Harris and Nielsen were particularly fascinated by the fact that the Neanderthal genetic contribution to the modern human genome is uneven, but not random. Neanderthal sequences tend to be concentrated in certain areas, but totally absent elsewhere. “Whenever geneticists find a non-random arrangement like that, we look for the evolutionary forces that caused it,” Harris remarked. They hypothesised that the explanation could be found in natural selection. In small populations, like the Neanderthals, natural selection is less effective, allowing mutations to persist and have a larger influence. If such a mutation is introduced back into a larger population (such as modern humans) however, it’s quickly lost in the march of natural selection. To understand this process, Harris and Nielsen used computer programs to simulate mutation accumulation during Neanderthal evolution and estimate how humans were affected by the influx of Neanderthal genetic variants. They concluded that Neanderthals would have carried many mild, harmful mutations, combining to make them 40% less fit than humans in evolutionary terms. Their results also suggest that humans and Neanderthals had actually interbred much more freely and frequently than previously believed. The findings suggest that thousands of years ago, when both humans and Neanderthals inhabited the earth, closer to 10% of non-African humans’ genomes would have been Neanderthal. Shockingly, Harris and Nielsen suggest that a fraction of the harmful Neanderthal genetic mutations could still be present in modern human populations. They estimate the result could be a 1% lower reproductive fitness in modern day non-Africans. For more information: www.genetics.org]]>