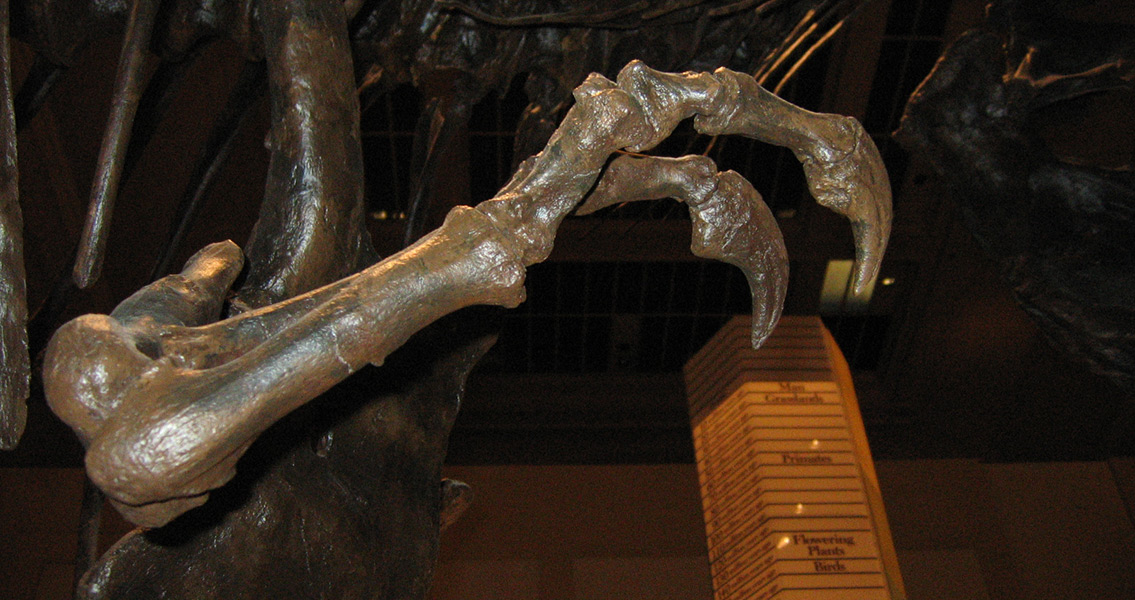 Useful or Not, T. Rex-Like Limbs May Have Evolved Numerous Times

T. rex and G. shinyae had such disproportionate forearms remains a mystery. The function of such seemingly useless forelimbs has perplexed experts and amateurs alike. An initial theory was that T. rex used its arms to hold a mate, others have suggested the arms were used to hold prey in place, (an earlier study hypothesized the arms were capable of maneuvering more than 400 pounds) or to help itself stand up – assuming the dinosaur ever sat. The current theory is that these short forelimbs were, in actuality, totally useless. Researchers are hopeful that learning how these shortened forelimbs evolved may help solve the puzzle. The study has been published in the journal PLOS ONE. ]]>