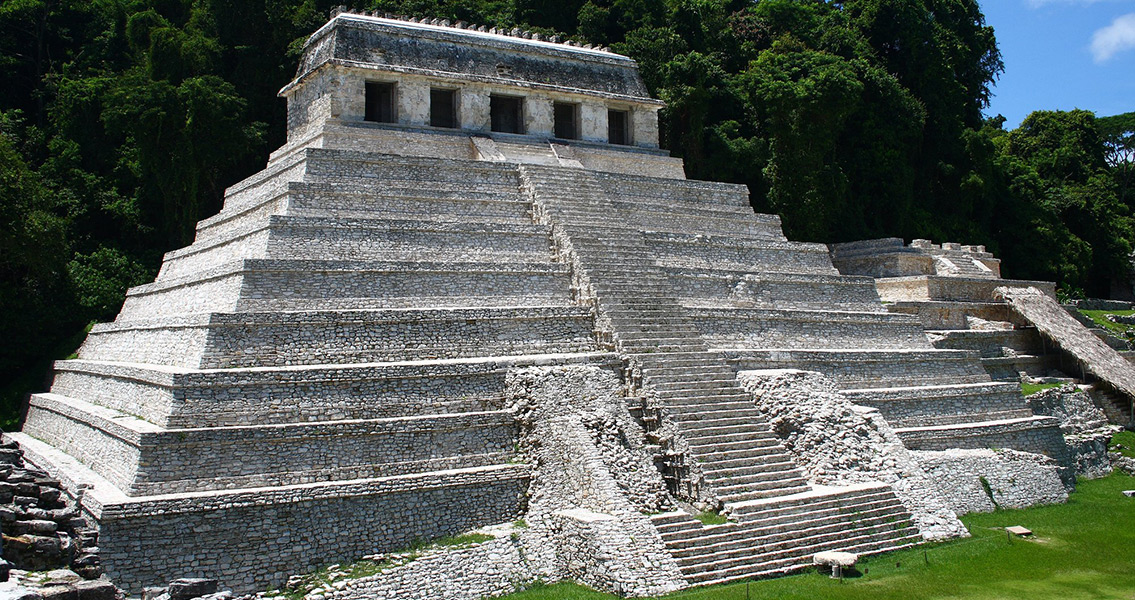 Water Tunnel Under Palenque Pyramid Was a Conduit to the Underworld

Sci-Tech Today that this belief was shared by other pre-Hispanic people as well; like those who lived at Teotihuacan near Mexico City, where a water tunnel was also found. Sanchez Nava cited the allegorical meaning that water had for these cultures, as the cycle of life beginning and ending Excavations began in 2012, when researchers using geo-radar detected underground anomalies in the area directly in front of the pyramid. Fearing a geological fault or hole that might cause the pyramid to settle or even collapse, they excavated the area and unearthed three layers of stone which had been carefully fitted to cover the top of the tunnel. Arnoldo Gonzalez, an archaeologist at the site, told Sci-Tech Today that the same type of layered stone covering had been discovered in the floor of Pakal’s tomb inside the pyramid, adding that there doesn’t appear to be a connection between the tunnel and the tomb, although the conduit hasn’t been thoroughly explored because it’s too small for a person to crawl through. Most of the tunnel has been viewed using a robotic camera. The Temple of Inscriptions was built as the funerary monument of Hanab-Pakal, the most famous ruler of Palenque. The temple is home to a glyphic text, the second longest from the Maya world, and records the city’s history from the fourth through the twelfth K’atun, a period of around 180 years. In his 1968 book ‘Chariots of the Gods?’, author Erich von Daniken suggested that Pakal’s stance, as engraved on the lid of the stone sarcophagus lid, resembled the position astronauts take. Von Daniken also claimed that it looked like the ruler was seated in a contraption that had flames shooting out of it. Experts, however, say that the “flames” are actually depictions of the Maya’s “Tree of Life” or “World Tree” which, the Maya believed, had roots that reached into the underworld. The Maya city of Palenque was at its peak during the seventh century. The Palenque ruins have been dated from 226 BCE to 799 CE. After it declined, the city was enveloped by the jungle of cedar, sapodilla, and mahogany trees. It has since been unearthed and restored, becoming a popular archaeological site that attracts thousands of visitors annually. ]]>