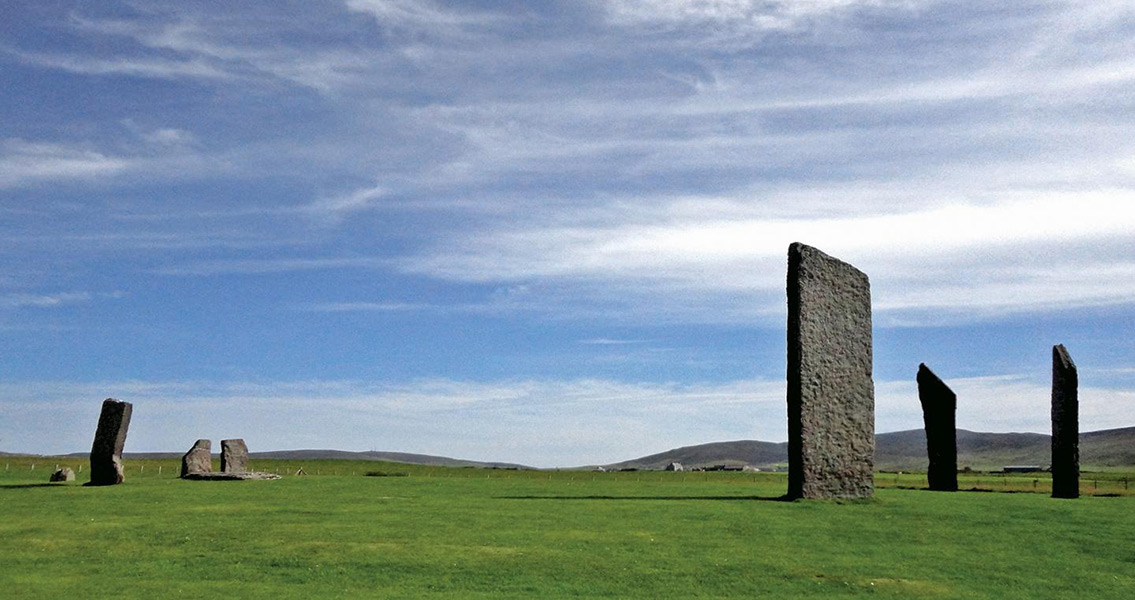 Archaeological Science: Reports, give fresh insight into the relationships ancient Britons held with the sky; connecting the earth to astronomical phenomena through spectacular monuments. “Nobody before this has ever statistically determined that a single stone circle was constructed with astronomical phenomena in mind – it was all supposition,” said project leader and University of Adelaide Visiting Research Fellow Dr Gail Higginbottom, who is also a Visiting Research Fellow at the Australian National University. Callanish, on the Isle of Lewis, and Stenness, Isle of Orkney; are the oldest stone circles in Scotland, built during the late Neolithic over 5000 years ago. It has long been thought that the megaliths were laid out to reflect the cosmos, but the quantitative tests carried out by the team on the patterns of alignment of the standing stones have finally provided convincing evidence that this was indeed the case. The team found a great concentration of alignments towards the Sun and Moon at different times in their cycles. What’s more, it seems that 2,000 years later simpler monuments were still being built which had at least one of the astronomical alignments found at the great circles. Remarkably, the monuments are not just connected with the Sun and Moon. According to the researchers, there is a complicated relationship between the stones, the surrounding landscape, the horizon and the movement of the Sun and Moon across that landscape. “This research is finally proof that the ancient Britons connected the Earth to the sky with their earliest standing stones, and that this practice continued in the same way for 2000 years,” said Higginbottom in a University of Adelaide press release. About half of the sites under analysis were surrounded by one landscape pattern, the other half by the complete reverse. “These chosen surroundings would have influenced the way the Sun and Moon were seen, particularly in the timing of their rising and setting at special times, like when the Moon appears at its most northerly position on the horizon, which only happens every 18.6 years,” explained Higginbottom. “For example, at 50% of the sites, the northern horizon is relatively higher and closer than the southern and the summer solstice Sun rises out of the highest peak in the north. At the other 50% of sites, the southern horizon is higher and closer than the northern, with the winter solstice Sun rising out of these highest horizons.” The findings paint a picture of just how sophisticated late-Neolithic societies in Scotland were, and the deep connection they had with their environment. It also offers some clues about their cultures, which have in general left precious little evidence. “These people chose to erect these great stones very precisely within the landscape and in relation to the astronomy they knew. They invested a tremendous amount of effort and work to do so. It tells us about their strong connection with their environment, and how important it must have been to them, for their culture and for their culture’s survival.” Featured Image: Copyright Douglas Scott. ]]>