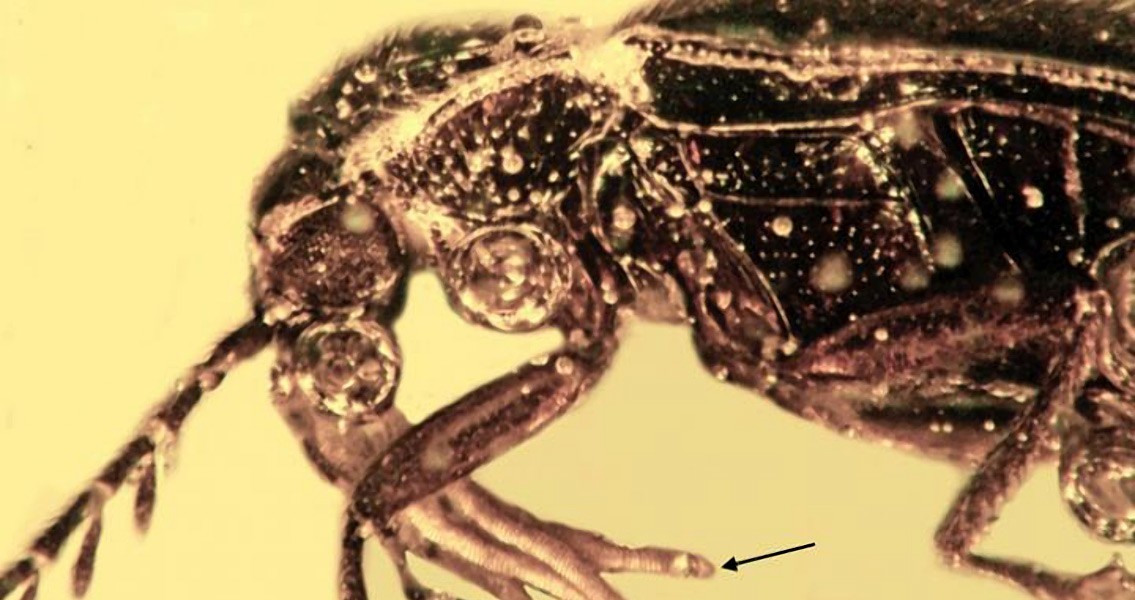 American Entomologist, the new study by George Poinar Jr. from Oregon State University describes beetles preserved in fossilised amber with orchid pollen in their mouths. Pollination is crucial to the reproduction of plants. Pollen grains produced in the anther, the male part of a flower, must be transferred to a stigma: the female part of a flower, of a plant from the same species. Central to this process are pollen vectors, creatures which play a key role in pollination by transporting the pollen between the flowers. Insects are the most common pollen vectors, with bees and butterflies the ones most likely to spring to mind, but certain beetles are also known to pollinate plants. “My paper points out that beetles may play a more important role in pollinating orchids than originally thought, and that they have been doing so for some 20 million years,” said Poinar, in a press release from the Entomological Society of America. Although it is already known that some present day beetles use orchids for nectar, no fossil evidence has ever been found showing beetles pollinating orchids in their evolutionary past. The evidence presented by Poinar’s study is therefore hugely significant. The first specimen in the study was a hidden-snout beetle discovered in amber from the Dominican Republic. After closer analysis, it was found the beetle had pollinaria from an orchid known as Cylindrocites browni attached to its thorax. A second specimen, a toe-winged beetle, was found in amber from Mexico. This time, pollinaria from an orchid described as Annulites mexicana was found attached to the beetle’s mouth parts. It is estimated that the beetle in Dominican amber was alive between 20 and 45 million years ago, while the beetle in Mexican amber is thought to date to between 22 million and 26 million years ago. Curiously, the current day descendants of the two beetles under study are not among the species of beetle usually associated with orchid pollination. No modern day hidden-snout beetles have been seen visiting orchid plants and no toe-winged beetles have been seen with pollinaria. Poinar says that this doesn’t necessarily mean the current-day toe-winged and hidden-snout beetles aren’t involved in pollination. Rather, it’s an anomaly that could be explained by their secretive behaviour, and the difficulty this leads to when it comes to gathering data about them. “While no present-day cryptorhynchid weevils or ptilodactyline beetles are known to carry pollinaria, past and future collections of these and other beetles should be examined to search for attached pollinaria,” Poinar said. “Orchids may have evolved beneficial associations with a much wider range of beetles and other insects than we thought possible.” Image courtesy of Entomological Society of America]]>