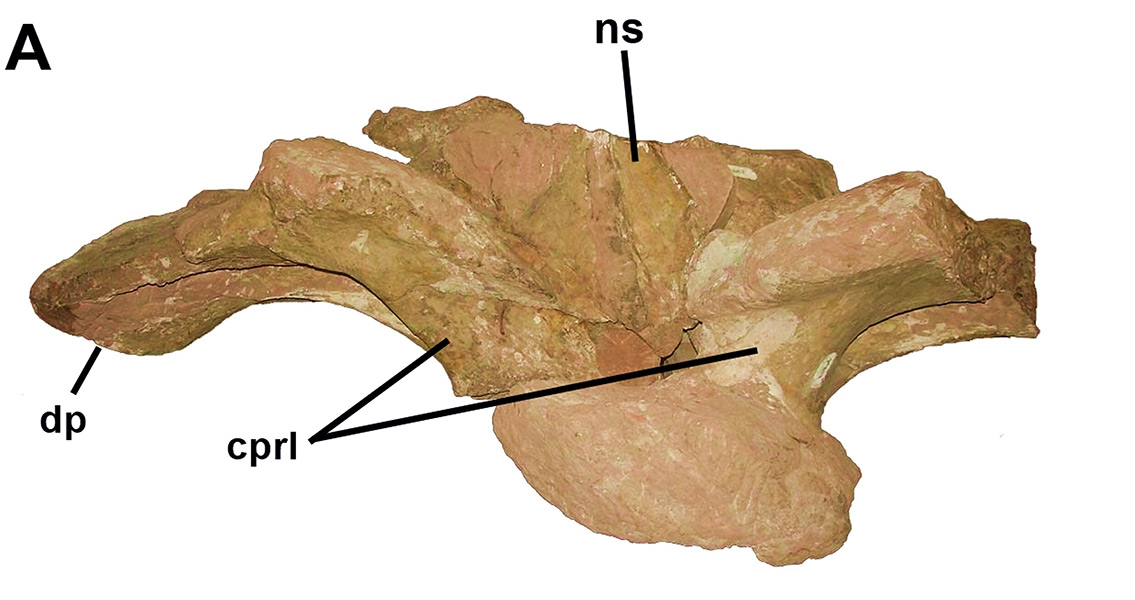 Brazilian Dinosaur Discovered Six Decades Ago Comes Out of the Closet

Austroposeidon magnificus. Diogenes de Almeida Campos, the Museum director, is quoted as saying in Phys.org that six decades does sound on the slow side for studying such a big find. He went on to explain that in the 1950s Price and his colleagues were pioneers in the field of paleontology for Brazil and that a vertebra of this size needed to be studied. Campos continued, saying that a lack of money had held back research, as well as a shortage of staff qualified to take up the task. Today there are still only ten dinosaur experts in the entire country of Brazil. Campos told Phys.org: “We were waiting for the staff…, for a laboratory that started from nothing to mature. We made a first effort with students about eight years ago and it didn’t succeed.” It was one of Campos’ students, Kamila Bandeira, who made the mysterious creature the subject of her doctoral thesis, and put the pieces of the puzzle together. A majority of dinosaur discoveries occur in the desert or largely barren areas, like the southwest region of the USA, the south of Mongolia or Argentina, because they’re easier to find. The fossilized bones belonging to the biggest dinosaur ever discovered, around 40 meters (130 feet) long, were discovered in 2014 in Argentina. Like so many other discoveries, Austroposeidon magnificus was found by chance, by construction workers building a road near Sao Paulo. Researchers believe the small number of bones recovered at the site points to the creature’s unceremonious end. Campos told GMA News Online, “When these animals die, it’s… a huge new source of meat. So all the hunters, the carnivores ate this creature. The first thing they ate is the head, because the brain must be tasty. They also broke the long bones to get at the marrow… After, came smaller animals and nothing was left over. Anything that did remain the beetles and the spiders and the ants finished, and when there was just bones, the bacteria came. Finally, the remains sank into the lagoon.” There may yet be many more such discoveries waiting in Brazil’s thick flora. “Pay attention when roads are built, when wells are dug,” Campos tells GMA, “You could have a dinosaur in your backyard and not realize!” ]]>