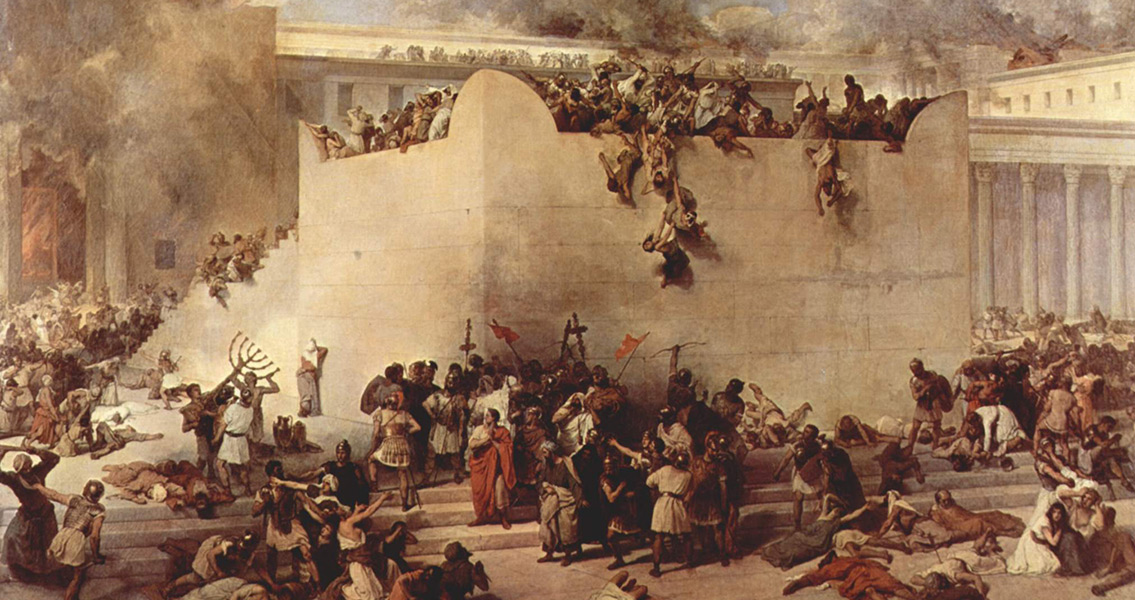 New Evidence of a Battle Still Mourned during Jewish Fast

Jewish Press: “This is a fascinating testimony of the intensive bombardment by the Roman army, led by Titus, on their way to conquering the city and destroying the Second Temple. The bombardment was intended to attack the sentries guarding the wall and provide cover for the Roman forces so they could approach the wall with battering rams and thereby breach the city’s defenses.” As described by historian Flavius Josephus, who witnessed the event, the last battle against the Jewish rebels started with the Romans using catapults to hurl large stones, spears and gravel at the outer third wall and its defenders. The Romans were firing from siege towers which Jewish weapons were unable to reach. When the Jews were forced to retreat, they were no longer able to prevent the endless onslaught of Roman battering rams which gradually destroyed the wall. Josephus wrote: “The soldiers who reached the top of the wall opened the gates and brought the entire military force inside. Therefore on the 15th day of the siege, the 7th day of Artemisius [corresponding to the Hebrew month of Iyar], the Romans took control of the … wall, most of which was destroyed to the foundations along with the northern part of the city.” It took another two and a half months of battle before Titus was able to breech the remaining two walls. The findings attesting to the battle at the third wall were discovered in the Russian Compound, an area west of Jerusalem’s Old City, named for the Russian Orthodox church built there during the nineteenth century. Construction of Jerusalem’s third wall was started by Judean King Agrippa I, however, construction was halted and the wall was only completed years later, haphazardly and with inadequate resources making it a weak spot in the city’s defense. The destruction of the first and second temples is still mourned yearly as the Jewish fast Tisha B’Av, while the Arch of Titus, which celebrates the Roman’s victory in Jerusalem and the Temple’s destruction, is still standing in Rome. The excavation findings are scheduled to be presented at the “New Studies in the archaeology of Jerusalem and its Region” conference. ]]>