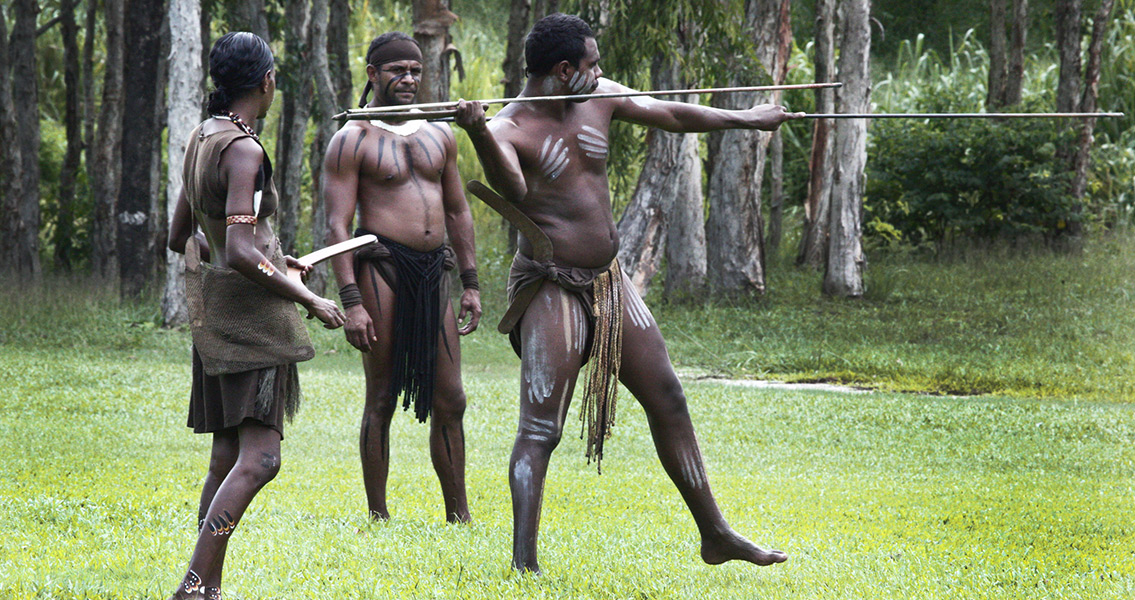 New Scientist: “I’ve met Indigenous Australians who remember their granddads wearing nose bones for special occasions,” adding, “In some groups, nose bones were only worn by elders, but in others, there were no restrictions, so all men and women could wear them to look more appealing.” The first humans to reach Australia would likely have brought the skills to craft bones from Africa where they were originally developed, and then adapted them to work with the bones of animals found in Australia. Kangaroo bones, which are strong, hard and easy to acquire, were easy replacements for ivory and horns. In Africa, humans have used bones as tools for more than a million years, however, the oldest recorded bone ornament on the continent is only around 15,000 years-old. It’s possible some of the bone artifacts which were older were mistakenly identified as tools as opposed to ornaments. This mistake in identification seems more probable than Australia being where bone jewelry was first developed. “Ancient bone technology discovered in Australia is important because it reshapes our understanding of the first inhabitants.” Langley says in New Scientist, “Findings of early bone tools and ornaments have been rare, leading to a long-held theory that Indigenous Australians initially lost the skills they brought from Africa.” “This shows that the first people in Australia were just as capable as those everywhere else of complex actions,” Ian Lilley from the University of Queensland is quoted as saying in the New Scientist article, “So whether this artefact was used as a nose bone or for sewing skins doesn’t really matter – it’s evidence of complicated behaviour.” To date, the oldest jewelry ever made by early humans are the 100,000-year-old shell beads discovered at sites in Africa as well as the Middle East, which look as if they had been strung together to create necklaces. Our cousins the Neanderthals appear to have beaten us to it, as they might have been creating jewelry around 80,000 years before early humans even made it to Europe. Eagle talons discovered at the Krapina Neanderthal site in modern-day Croatia date back 130,000 years and have features that suggest they may have been used in a bracelet or necklace. ]]>