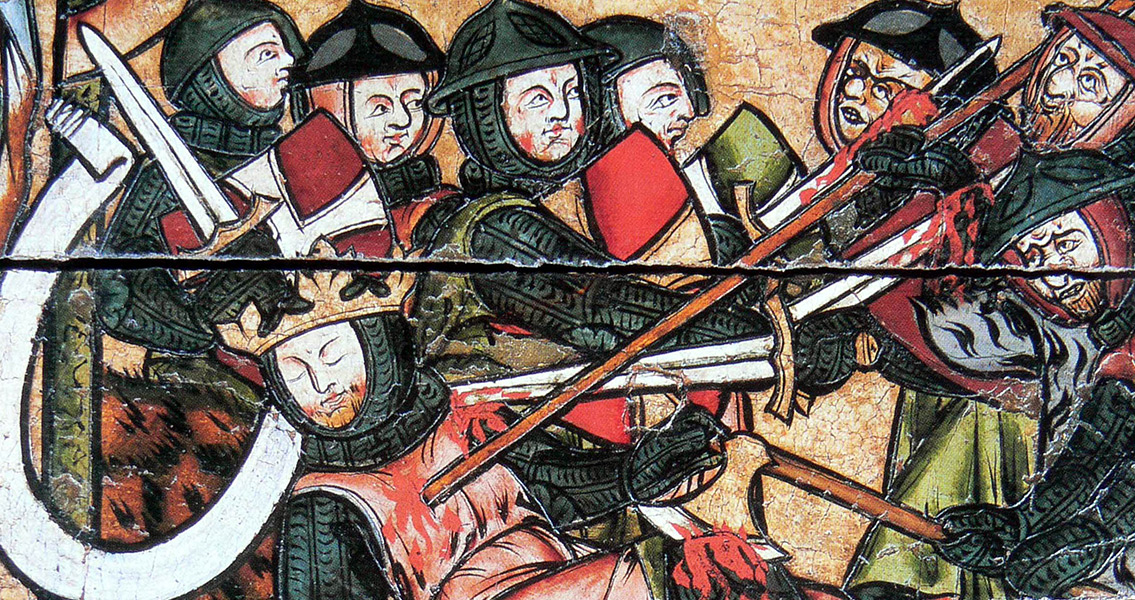 Live Science, researchers from the Norwegian Institute for Cultural Heritage Research (NIKU) say that they have found the remains of the church where the Norwegian king’s body was taken in 1031, when he was raised to sainthood and became known as Saint Olaf. The former Viking raider was baptized into the Roman Catholic faith in 1013, shortly before embarking on a quest to unite the disparate kingdoms of Norway under a single ruler – a task he accomplished in 1016. Olaf ruled as king until 1028, when he was deposed and forced to flee to Russia. In 1030 he attempted to retake the throne, only to be killed in battle at Trondheim, where he was buried. The following year, after rumors had spread how the dead king had been associated with the performance of many local miracles, his body was exhumed. Upon discovering that Olaf was in a state that satisfied the church’s requirements for miraculous preservation, the English Bishop Grimkell declared Olaf a saint, having him reinterred in St. Clement’s Church. While the earthly remains of St. Olaf no longer reside on the site – they were relocated to the site of Trondheim’s Nidaros Cathedral at a later date – NIKU researchers now believe they have found the stone foundation of the original St. Clement’s Church. Additionally, a small rectangular stone platform was uncovered at the east end of the building, which archaeologists surmise as the base of the altar of the church – the very same alter that would have been constructed over the grave of Saint Olaf. Anna Petersén, the site’s excavation director, remarked that the church has a unique place in the intersection of Norwegian politics, culture, and religion. Put in a historical perspective, a large proportion of the Norwegian national identity has its roots in the canonization of Olaf Haraldsson, and the recently discovered church is literally the place where that process began. In life, King Olaf was arguably Christian in name only, as while he had been baptized to the Catholic faith his rule is categorized historically as harsh enough to warrant him becoming deposed in 1028. A former Viking raider, Haraldsson spent time in England, where he pledged his sword to King Ethelred to fight against the Danes, a common enemy – King Canute of the Danes was instrumental in providing support to the Norwegian nobles that overthrew their heavy-handed monarch a little over a decade into his reign. While Bishop Grimkell declared the dead king a saint in 1031, he was not officially recognized as such by the Roman Catholic Church until 1164, when he was canonized by Pope Alexander III. Despite his problematic reign, Saint Olaf is seen as a figure of Norwegian independence. The Norwegian coat of arms features a representation of Saint Olaf in the form of the ax held by a crowned rampant lion on a red field. ]]>