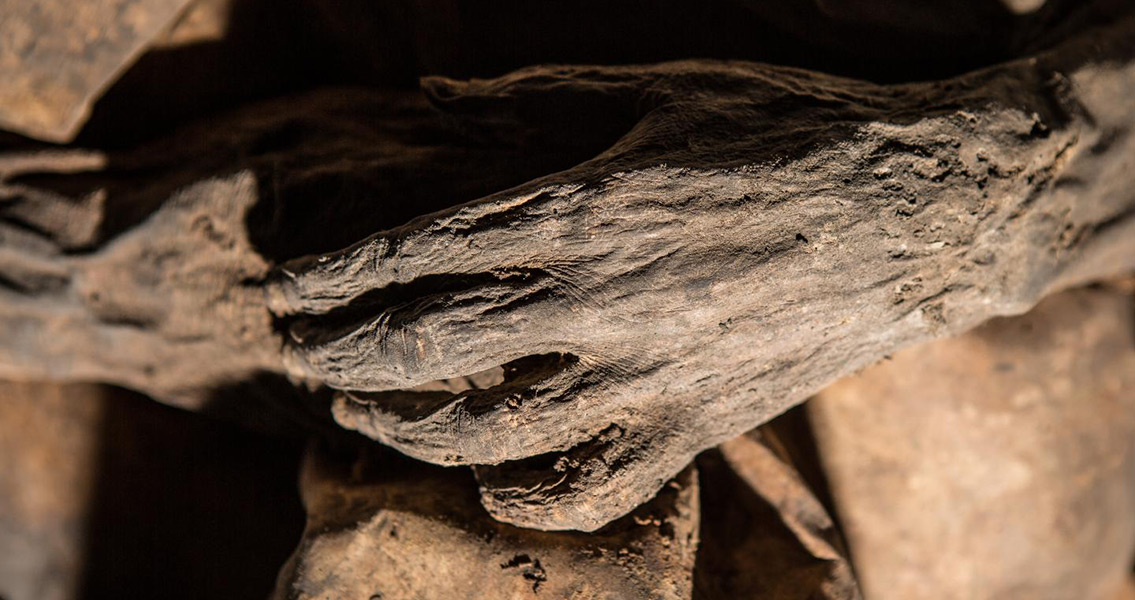 One of History's Deadliest Diseases isn't as Ancient as we Think

Current Biology are correct however, then historians might have to reevaluate just what role the disease played. “Scientists don’t yet fully comprehend where smallpox came from and when it jumped into humans,” said evolutionary geneticist Hendrik Poinar, a senior author of the study, director of the McMaster Ancient DNA Centre and a researcher with Michael G. DeGroote Institute of Infectious Disease Research. “This research raises some interesting possibilities about our perception and age of the disease.” The results look likely to reignite a longstanding debate over when variola, the virus that causes smallpox, originated and then evolved in response to vaccination and inoculation. Historians have long thought that the disease afflicted the populations of ancient Egypt, India and China thousands of years ago. Some accounts even claim that the pharaoh Ramses V may have died from smallpox in 1145 BCE. For their study, the researchers extracted DNA from the partial mummified remains of a Lithuanian child thought to have died between 1643 and 1665. The child’s death coincided with a series of severe smallpox outbreaks in Europe, making the team hopeful they would find evidence of the disease. Smallpox DNA was captured from the remains, sequenced and then the genome completely reconstructed. There was no evidence of live virus in the sample, meaning there was no chance of the remains being infectious. The researchers then set about tracing the evolutionary history of smallpox using the genome, which is when they made their surprising discovery. Comparing and contrasting the seventeenth century strain with a databank of samples of the disease dating from 1940 up to its eradication in 1977, they found that all the studied strains of the virus had an ancestor from no further back than 1580. “This study sets the clock of smallpox evolution to a much more recent time-scale” said evolutionary biologist Eddie Holmes, a professor at the University of Sydney, Australia, in a press release from McMaster University. “Although it is still unclear what animal is the true reservoir of smallpox virus and when the virus first jumped into humans.” Significantly, the team also found that the smallpox virus started to evolve in two separate strains after Edward Jenner developed a vaccine for it in 1796. One form of the variola virus, V. major, was highly virulent and deadly, the other, V.minor, was much more benign. Seemingly the ancestor of the minor strain corresponded with the Atlantic Slave Trade which likely helped disseminate it across the globe. “This raises important questions about how a pathogen diversifies in the face of vaccination. While smallpox was eradicated in human populations, we can’t become lazy or apathetic about its evolution – and possible reemergence–until we fully understand its origins.” said Ana Duggan, a post doctoral fellow in the McMaster Ancient DNA Centre, in the press release. Of course, the date of 1580 is hugely significant. It is commonly believed that European colonists to the Americas brought with them deadly strains of smallpox which had a devastating effect on indigenous populations. If accurate however, the team’s results seem to preclude that explanation, meaning further study might need to be done on the remains of indigenous populations. “This work blurs the line between ancient diseases and emerging infections. Much of smallpox evolution apparently happened in historic time,” says Margaret Humphreys, historian of medicine at Duke University. Image courtesy of Kiril ?achovskij ]]>