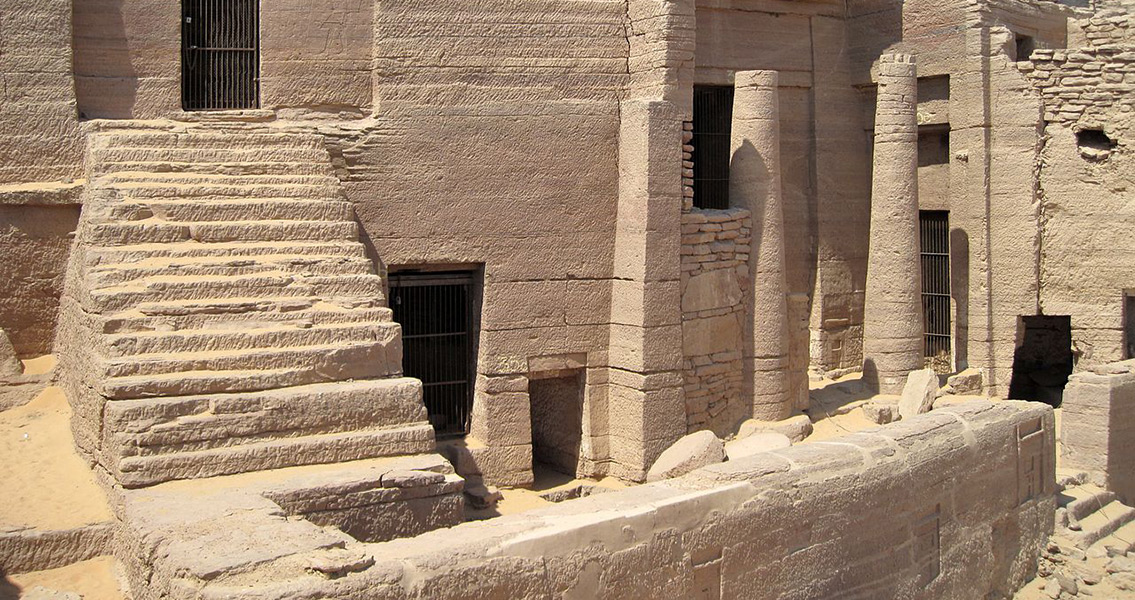 Egypt Independent that the stone wall was dated using the pottery fragments that were embedded in the mortar used to build the wall. Among the fragments were pieces of carinated bowls, fashioned in a style that was typical of the Sixth Dynasty (2278-2184 BCE) reign of King Pepi II. The Old Kingdom is generally regarded as the time period between the Third Dynasty and Sixth Dynasty (2686–2181 BCE) in the third millennium BCE, when Egypt achieved its first ongoing peak of civilization. The three ostensible “Kingdom” periods: the Old, the Middle, and the New Kingdoms, indicate the peaks of civilization within the lower Nile Valley. The Old Kingdom is notable for being a dynamic time for Egyptian art. During this period, sculptors created the earliest known individual portraits as well as the first life-size statues in copper, wood, and stone. Masons and architects mastered the building techniques that were necessary in the construction of monumental stone structures. Additionally, the art of carving precisely detailed reliefs was perfected. Egypt’s Middle Kingdom (also referred to as The Period of Reunification) is the time period between 2050 BCE and 1800 BCE, covering the twelfth and thirteenth dynasties. The New Kingdom, also known as the Egyptian Empire, between the sixteenth century BCE and the eleventh century BCE, covers the eighteenth, nineteenth, and twentieth dynasties. Qubbet el-Hawa is the site of a cemetery containing Rock-cut tombs, located on the west bank of the Nile river, across from the Egyptian city of Aswan. The elite tombs discovered there date primarily to the Old Kingdom and include the well-known tomb of Harkhuf. A member of the research team, Carl Graves is quoted by the Egypt Independent as saying: “The findings are dramatically altering our understanding of the funerary landscape in this area during the Old Kingdom and First Intermediate Period in 2278-2184BC. I don’t think anyone yet knows who the tombs might have belonged to.” The discovery was made as part of the project’s first field season. ]]>