BREAKING NEWS
GMT+2 10:25
Home Editorial Neanderthals and Humans – What Are the Differences? 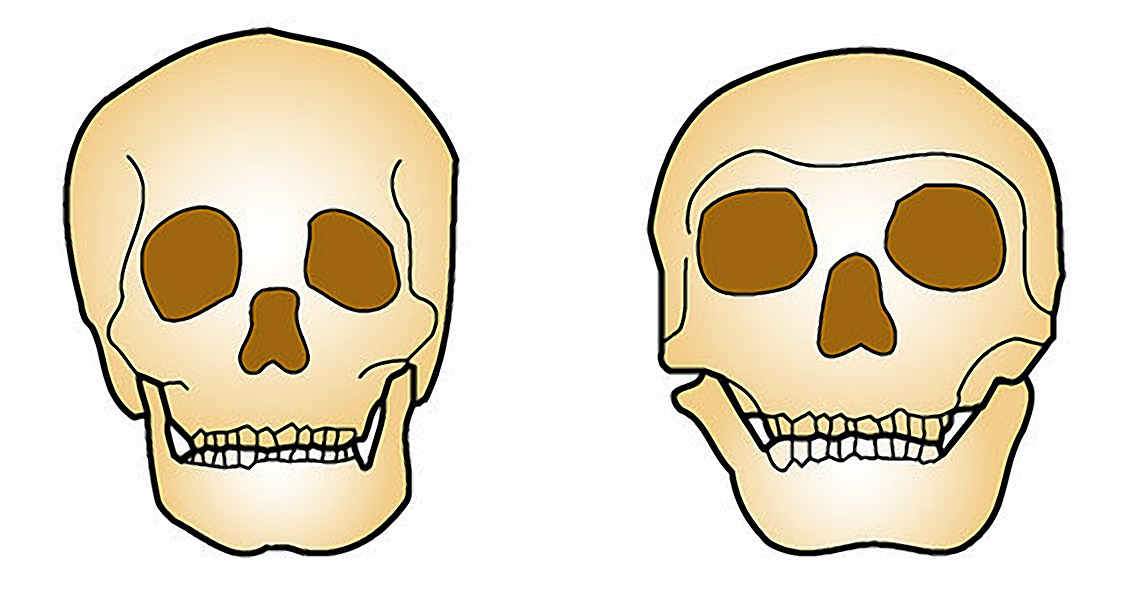 Neanderthals and Humans – What Are the Differences?

Homo neanderthalenisis is now long extinct, the differences between the two species can actually be hard to pinpoint. A fact further complicated by the now widely accepted belief that the two species interbred during the time they both inhabited Eurasia. History The first point of difference between the two species can be found in their respective histories. Neanderthals migrated into Eurasia long before modern humans did. Exactly when they left Africa is far from certain, but scientists generally estimate it was sometime between 300,000 and 200,000 years ago. Humanity’s path to Eurasia is also far from certain. The earliest recognisably modern human fossils have been found in Omo Kibish in Ethiopia, and date to around 200,000 years ago. Genetic and paleontological records suggest modern humans started to leave Africa between 60,000 and 70,000 years ago. Exactly why this migration started is unclear, but it is generally believed to have been due to the onset of the last Ice Age. Some 50,000 years ago the first humans started to arrive in what is now the Middle East (this was likely a different group to the original explorers out of Africa, who instead migrated East through India). It was this group that would eventually go on to colonise much of Europe and Asia. Anatomically modern humans then, arrived in Eurasia much later than their evolutionary cousins. Nevertheless, the two species lived alongside each other for several thousands of years, with the Neanderthals finally going extinct sometime between 40,000 and 30,000 years ago. Appearance Although similar in many ways, there are clear physical differences distinguishing Neanderthals and modern humans. Neanderthals were significantly shorter and stockier than modern humans, with much broader rib cages and pelvises. To give some perspective, the average height for a man in the USA is 1.76 metres. Conversely, based on the fossil records available, the average height for a Neanderthal was just 1.6 metres. A study published late last year suggested that some of these anatomical differences could be the result of the Neanderthals being forced to adopt a much more high protein diet than modern humans. Intelligence and Behaviour One of the hottest topics in scientific research right now involves determining just how intelligent Neanderthals were. For years, the prevailing view was that Neanderthals were primitive, poorly developed brutes when compared to modern humans, only capable of expressing themselves in grunts and groans. Discoveries in the last few years have really brought this assumption into question.

⦁ A study last year presented remarkable evidence that Neanderthals may have used vocal communication in a way similar to modern humans. ⦁ Archeologists working at Neanderthal sites in France believe Neanderthals deliberately collected manganese oxide to use in chemically assisted fire making 50,000 years ago. ⦁ Earlier this year, a study pointed towards Neanderthals being rock collectors, suggesting they placed symbolic importance in the objects around them. This is widely considered a signifier of cultural development. ⦁ Jewellery found at various paleolithic sites has long been a bone of contention, with some arguing it was created by humans, others that it was the work of Neanderthals and thus further proof of how advanced they were. If true, any of these discoveries would point to Neanderthals being for more advanced than their typical depiction in popular culture would suggest. The physical differences between Neanderthals and humans are quiet clear, especially in terms of anatomy. Beyond that though, it’s becoming increasingly uncertain just how distinct we are from our closest extinct evolutionary cousins.]]>