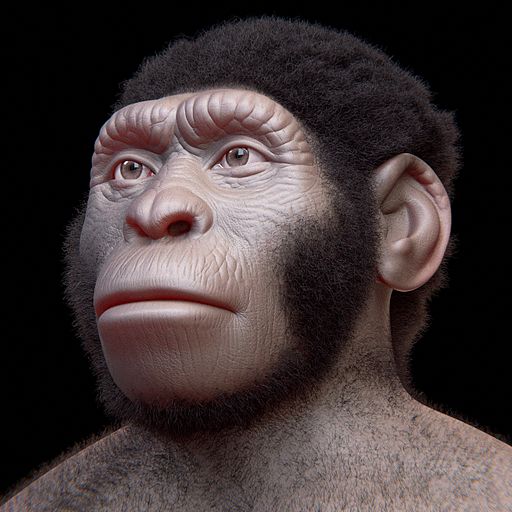 Shock discovery that Homo naledi may have lived alongside modern humans

Posted By: Daryl.Worthingtonon: May 10, 2017In: Breaking News
Print Email

Homo naledi likely lived alongside modern humans, according to a newly published study. First discovered at the Rising Star Cave in South Africa in September 2015, Homo naledi quickly caused a stir in the scientific community. It is believed the creatures may be one of the earliest members of the homo genus, which includes our own species, homo sapiens, and our closest extinct relatives, the Neanderthals (Homo neanderthalensis). Professor Paul Dirks and Associate Professor Eric Roberts from James Cook University have been analysing Homo naledi fossils for the past few years, indeed, they were involved in the first paper describing Homo naledi. By using state-of-the-art techniques, they have now concluded that Homo naledi is between 236,000 and 335,000 years old. “The oldest dated fossils of Homo sapiens in Africa are around 200,000 years old. And now we have a very primitive looking hominid that probably existed at the same time as them. This is the first time one of these primitive hominids has been found in association with more modern humans in Africa,” Professor Dirks said in a press release from James Cook University. Dating was achieved using a combination of the fossil remains and their surrounding sediments. The team has since commenced work on studying a recently discovered second chamber in the cave system, distinct from the one where the initial Homo naledi discovery was made. The dates the team attribute to the fossils have the potential to be hugely significant. “When we first identified the fossils, most of the paleo-anthropologists on site were convinced that they would be a million or two million years old, but we have now shown they are much more recent. It means that a primitive hominid persisted on the landscape in Africa for a very substantial period of time. Well beyond what paleo-anthropologists predicted to be possible”, explained Prof. Dirks. The area around the cave where the Homo naledi fossils were found is littered with prehistoric tools which are typically thought to have been the work of Homo sapiens. The new dating of Homo naledi however, might lead to a rethink on the origins of those tools. “The new dating puts it on the landscape at a time from which we find lots of tools in Africa in the middle stone-age. One of the implications of the new dates is that it’s no longer automatically possible for us to assume that early homo sapiens were making these tools.” Professor Roberts said the team were confident about the new dates. “Much of the initial work on the age range was done here at JCU in our advanced analytic centre. But to get the final date range we used ten different labs and six different techniques which also involved double-blind testing.” Since Homo naledi’s first discovery, a number of figures have been suggested for the age of the remains with each subsequent study seeming to claim the hominid was more recent. A comparative skull study with other members of the Homo genus in December 2015 concluded Homo naledi was around two million years old. In July 2016, another study claimed Homo naledi was only around 900,000 years old. Dirks and Robert’s discovery will likely have far reaching consequences for the study of evolution. “We have many different branches on the family tree and it is only fairly recently that there is only one survivor on the landscape. The new dating of the fossils opens up all sorts of possibilities for an interchange of tool use, cultural activities and behaviours between Homo naledi and homo sapiens,” concluded Dirks. ]]>