BREAKING NEWS
GMT+2 10:27
Home Breaking News Could this 2,800 year old sculpture show us the face of a biblical king? 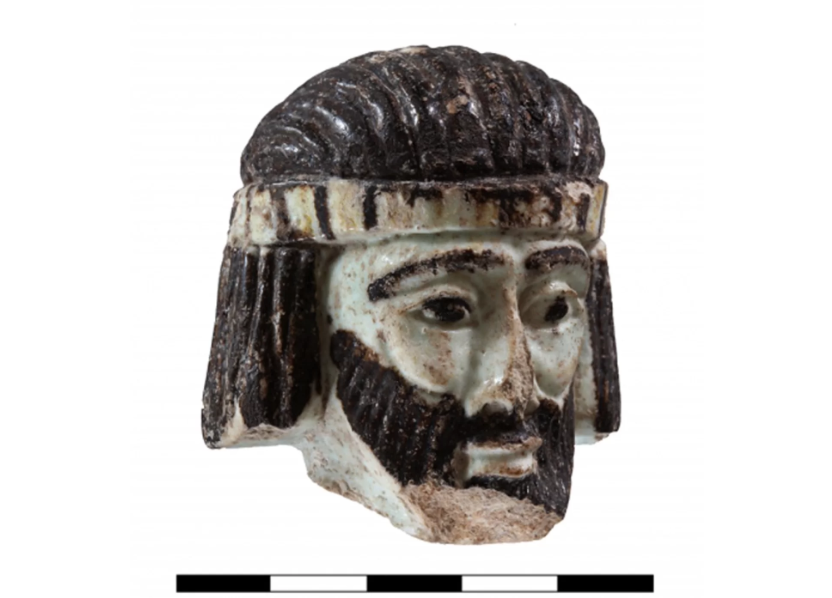 Could this 2,800 year old sculpture show us the face of a biblical king?

A tiny representation of a momentous past

The glazed ceramic sculpture is of a man with long, black hair and a beard. He is wearing a yellow and black headband, which pulls the hair away from his dark, almond-shaped eyes. At only 5.1 cm x 5.6 cm, this tiny head is thought to have been part of a small statuette, according to archaeologists. At full size, the statuette would have been around 20 cm x 25 cm. Professor Robert Mullins from Azusa Pacific University’s Department of Biblical and Religious Studies is also co-director of excavations in the ancient city. He said: “Despite the head’s small and innocuous appearance, it provides us with a unique opportunity to gaze into the eyes of a famous person from the past — a past enshrined in the Book of Ages [the Hebrew Bible].”

Whom does the sculpture depict?

Given that it was found inside what is thought to be an administrative building at the city’s peak, it is likely that the sculpture is of an elite person. The first assumptions have been that it was a biblical king; though Mullins and his team have yet to undertake the necessary research to prove or disprove this theory. So if it is indeed a king, whom would it have been? [caption id="attachment_8706" align="aligncenter" width="500"]

In the early stages of research, the team performed radiocarbon dating on the organic materials that were found in the same room as the sculpture. According to the findings, the object would have been constructed some time between 902 BC and 806 BC. The control of Abel Beth Maacah fluctuated greatly during this period. This is down to the fact that it sat at the border of 3 separate kingdoms: Israel, Tyre and Aram-Damascus. Borders were changing continually, leaving Abel Beth Maacah to be under the jurisdiction of different nations. Taking likelihood into account, Mullins thinks the sculpture could depict one of 3 possibilities: King Ahab of Israel, King Hazael of Aram-Damascus, and King Ethbaal of Tyre. However, there are many other candidates, he has said.

The sculpture will be displayed at the Israel Museum in Jerusalem, while the scientists are publishing a paper on the discovery for the journal Near Eastern Archaeology. Excavations at Abel Beth Maacah are undertaken by Azusa Pacific University and the Hebrew University of Jerusalem. Joining Professor Mullins are Naama Yahalom-Mack and Nava Panitz-Cohen, both from the Hebrew University of Jerusalem. They will continue to arrange excavations of the large building into summer 2018. Archaeologists are hopeful that new information will arise to determine the identity of this miniature sculpture.]]>
Tags: ancient artarchaeologyBiblebiblical arthistory of artIsrael
Share 0
Tweet
Share
Share
Share