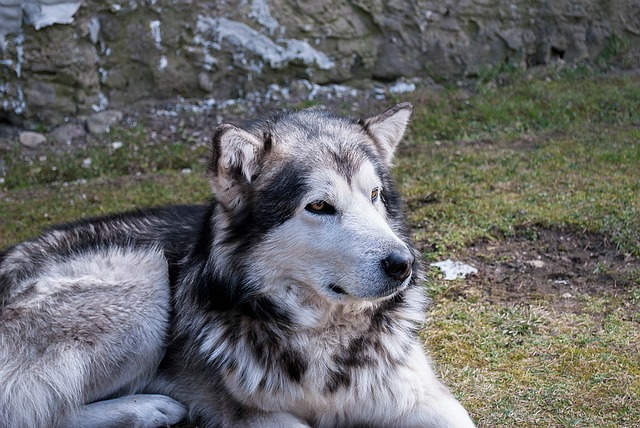 How European colonisation completely wiped out dogs in America

Canines and colonisers: an unhappy tale Colonial devastation bestowed upon native humans of the Americas is well-documented; but evidence about dogs’ lives is less known. However, an international team has started to ask – and answer – those questions. Fifty researchers collaborated on the investigation and together, they conducted the most detailed and thorough study of ancient and modern dog DNA to date. Through biological and archaeological evidence, they examined the remains of 71 ancient dogs from the Americas and Siberia; and put their findings alongside the genomes of modern dogs. [caption id="attachment_8797" align="aligncenter" width="720"]

A ritual burial of two dogs at a site in Illinois near St. Louis suggests a special relationship between humans and dogs at this location and time (660 to 1350 years ago).
Credit: Photo courtesy Illinois State Archaeological Survey[/caption]

Published in the journal Science, the new evidence gives us reason to conclude that ‘pre-contact’ dogs disappeared to a similar extent to the Neanderthals. One of the authors was Greger Larson from the University of Oxford, who is leading an international effort to investigate how dogs have been domesticated. He says the study solidifies our understanding of the fates of humans and their animals: “The Europeans come through. They knock out the humans. They knock out the dogs… It’s a complete disappearance.” Leading the research was Laurent Frantz, an expert on ancient DNA at the Queen Mary University of London. Until now, there hadn’t been sufficient evidence to tell the story of what happened to dogs after the arrival of European colonists. However, his research proves that pre-contact dogs were identifiable as a group separate to any other, and that their disappearance came about from a combination of disease and European persecution.

Dogs in America: a history

America’s earliest dogs were not domesticated North American wolves, as has been speculated. It’s much more likely that they followed humans over a land bridge that once connected North Asia and the Americas, the study found. You can read more about recent research on human migration into the Americas here. The earliest archaeological evidence for dogs living in North America comes from 10,000 years ago. As humans entered the region 14,000 years ago, it looks like the first wave didn’t bring dogs with them. The first canines to arrive in America were of East Asian descent, but soon evolved into their own group, distinct from both their ancestors and modern dogs. The animals in question are loosely related to Arctic breeds, such as huskies and malamutes, which arrived with later human migrations into North America. [caption id="attachment_8798" align="aligncenter" width="640"]

Humans and dogs coexisted relatively peacefully in both continents for over 9,000 years. But when European colonists arrived, they were gone. “This suggests something catastrophic must have happened, and it’s likely associated with European colonisation,” says Frantz. Clearly, early humans and dogs in the Americas faced many of the same challenges after European contact. University of Illinois Professor of Anthropology, Ripan Malhi, explains: “It is known how Indigenous peoples of the Americas suffered from the genocidal practices of European colonists after contact… What we found is that the dogs of Indigenous peoples experienced an even more devastating history and a near-total loss, possibly as a result of forced cultural changes and disease.”]]>
Tags: AmericaanimalscolonialismdogsUSA.
Share 0
Tweet
Share
Share
Share