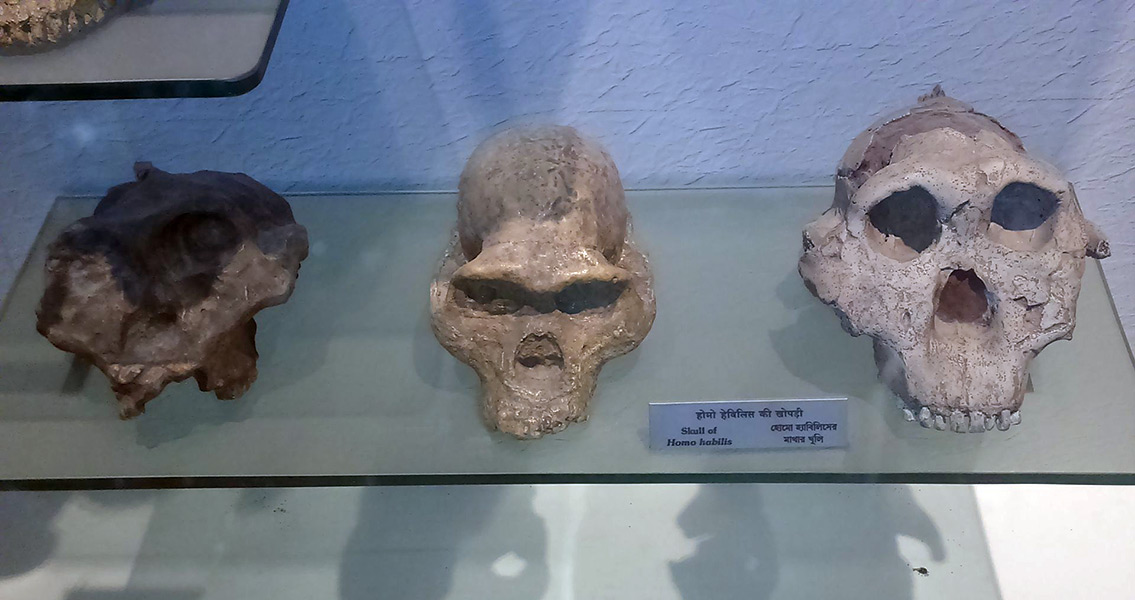 Homo Habilis Were First Out of Africa

Homo erectus as long believed, but a smaller species, Homo habilis, also called Handy Man, Discovery News writes. The senior author of the study told the website that the Homo habilis species was characterised by more ape-like features than previously thought, such as climbing besides walking on two legs, but also had some features characteristic of modern humans; such as a large brain, and tool-making skills. It was, however, shorter than Homo erectus: a more muscular species more closely resembling modern man. Using the huge dataset, Mark Collard, who is professor at the Human Evolutionary Studies Program of Simon Fraser University, and his team compared a number of alternative evolutionary trees and looked into how well each tree fit in with the dataset. There were three possible outcomes: either the tree was inconsistent with the dataset and was hence rejected, it was partially consistent, or it was fully consistent with the dataset. Based on what they found from the comparisons, the researchers suggest that Handy Man went into Asia and Europe from Africa and somewhere in Asia it gave rise to Homo erectus. Collard explains that the ‘Upright Man’ then went into Africa, a bold suggestion in the face of current consensus but backed by evolutionary data, apparently. The little Handy Man was also the ancestor of another species, this time even smaller: the Homo floresiensis, the ‘Hobbit Humans’ who were thought to have been nothing more than physically deformed humans. In fact, according to the theory of Collard and his team, H.floresienis were a separate species that inhabited the island of Flores in Indonesia. As to where the first modern human originated, Collard says this most likely happened in South Africa. He told Discovery News that “The fact that Australopithecus sediba [a two-million-year-old fossil] groups with Homo is consistent with the idea that the earliest known representative of the genus Homo originated in South Africa.” Another interesting conclusion of the team was that the Neanderthals were almost certainly a species exclusive to Eurasia; there was no evidence that its representatives had ever been in Africa. At the same time the researchers were unable to establish the immediate ancestor of this species, as scientist before them had been unable to trace back the origins of other hominin species from the Middle Pleistocene. Collard said he hoped his team’s findings would encourage further research by other scientists in South Africa, China, and Southeast Asia, where some of the oldest known human fossils have been unearthed. Asked by Discovery News to comment on the study, the director of New York University’s Center for the Study of Human Origins, Terry Harrison, said it would definitely fuel a debate among palaeoanthropologists, hardly a surprise given the way it challenges long-held beliefs in the area. Another commenter, human origins professor Bernard Wood from George Washington University, said the team who did the study had made an important step in furthering our understanding about evolution, which he called “superficial” at present. Image courtesy of Wikimedia Commons user: Royroydeb ]]>