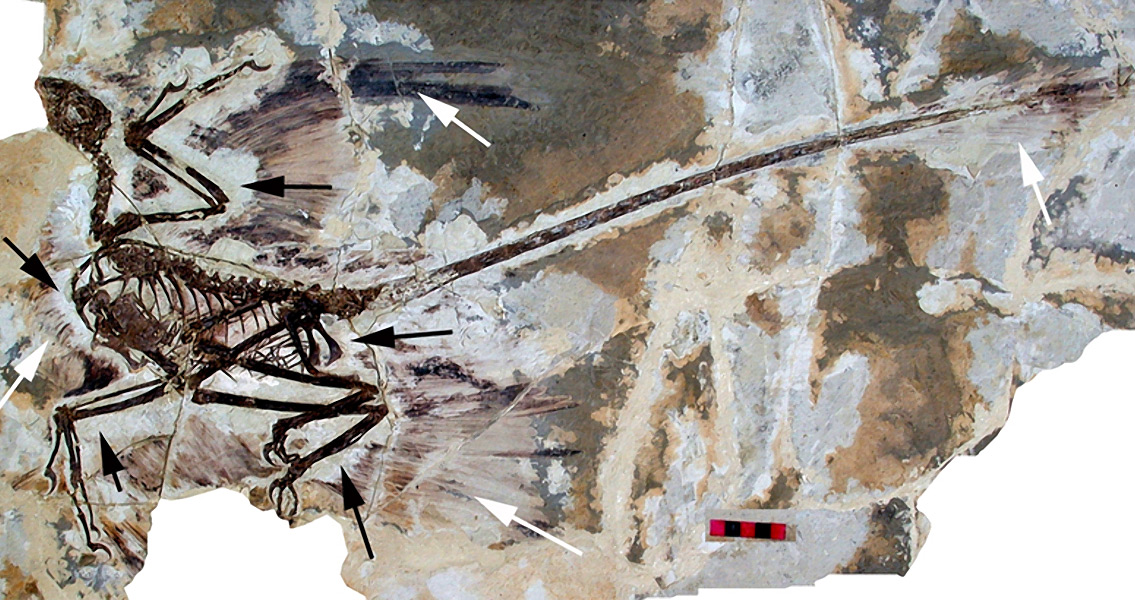 Zhenyuanlong by the researchers who examined it, the dinosaur was a close relative of the Velociraptor and lived around 125 million years ago. The fossil was discovered accidentally by a farmer in northeastern China, just like another recent discovery, this time of a bat-like dinosaur, in the same part of the country. In a paper published in Nature, researchers Steve Brusatte from the University of Edinburgh and Junchang Lu from the Chinese Academy of Geological Sciences detail the find, explaining it belonged to the dromaeosaurids, a clave of very close bird relatives including the Velociraptor – a species that gained notoriety with the Jurassic Park film series. All the specimens belonging to that clave have been found in northeastern China, in Liaoning province. So far they have been classified into five species groups, some of them containing just one species. Most of the dromaeosaurids were very small, the authors say in the paper, close in size to a modern cat or a medium-sized dog, and they all had long arms. The only exclusion from these characteristics was a fossil of a species named Tianyuraptor, which was close to two metres long and whose arms were around half the length of its legs. However, no evidence of feathers was found on that fossil. The newly discovered fossil, slightly smaller than a Tianyuraptor, was covered in feathers. This was a stroke of luck for the researchers as they had previously believed these larger bird ancestors were not very good at flying, if they could fly at all. The Zhenyuanlong, on the other hand, almost certainly could and did fly. The dinosaur had large wings and on them, as well as on its tail, the researchers found pennaceous feathers, also called quill feathers, which are essential for flying and are present in all modern flying birds. This led the team to suggest that the non-flying and flying dinosaurs were contemporaries during the early Cretaceous. As regards the individual characteristics of the fossil, examination revealed it was a young specimen based on the extent of fusion between different bones, including the vertebrae. The last year and a half has been very productive for palaeontologists who focus on the evolution of birds. In addition to the many discoveries of feathered dinosaurs, last year a team of scientists also linked dinosaur bones with bird bones, something that had not previously been possible because of the hard line distinguishing developmental biology from palaeontology. That team, however, was interdisciplinary and looked both at dinosaur fossil bones from the wrist and the wrist bones of modern bird embryos, identifying at least one bone that was present both in dinosaurs and in birds. For more information: “A large, short-armed, winged dromaeosaurid (Dinosauria: Theropoda) from the Early Cretaceous of China and its implications for feather evolution” Image courtesy of Wikimedia Commons user: David W. E. Hone, Helmut Tischlinger, Xing Xu, Fucheng Zhang]]>