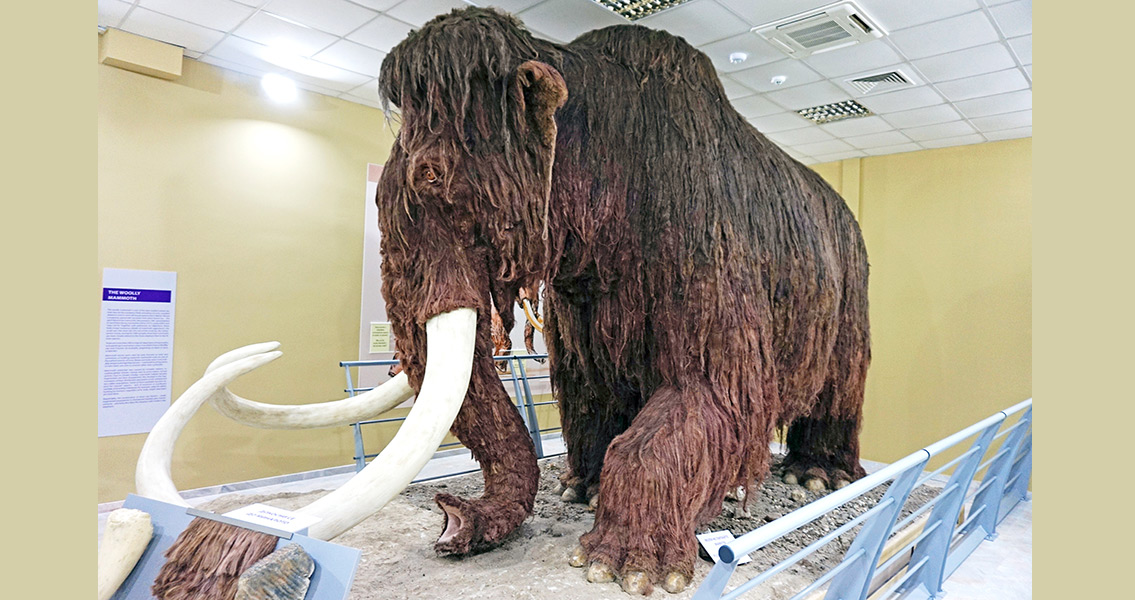 Proceedings of the National Academy of Sciences. Exactly what caused the extinction of woolly mammoths and other prehistoric megafauna is a major point of contention among scientists. Theories tend to focus on climate change, the actions of humans (for example hunting), or a combination of both. The researchers used environmental proxies to study how the habitat on St. Paul Island was changing at the time of the mammoths’ extinction. They found that the fate of mammoths on the island was different to those on the world’s continents, where mammoths went extinct around 12,000 years ago. Formed between 14,700 and 13,500 years ago, the island sank rapidly until 9,000 years ago, and continued to sink slowly until 6,000 years ago (at present it is just 42 square miles in area). As the island shrank the mammoths were concentrated into an ever decreasing area, and the available water started to run out. Pollen from the lake cores show that the area around the lake was denuded of vegetation by the mammoths. Much like modern elephants, the mammoths likely started to dig holes in search of water, increasing erosion and filling the lake with soil, in turn leaving even less water for drinking. Once the mammoths had gone extinct however, vegetation returned to the area and the erosion came to an end. Put simply, the mammoths had contributed to their own demise. Interestingly, the authors point out that this raises a fresh take on what can push a population to extinction. “(the research) highlights freshwater limitation as an overlooked extinction driver and underscores the vulnerability of small island populations to environmental change, even in the absence of human influence”. Image courtesy of Wikimedia Commons user: Tiia Monto]]>