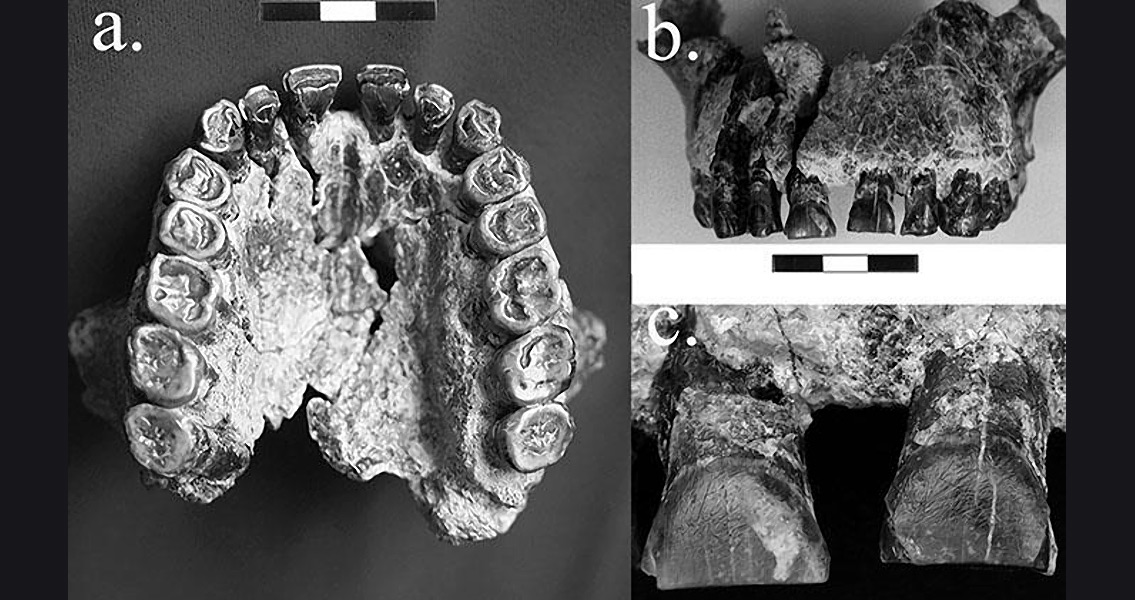 Homo habilis fossil. Although scientists have learnt a lot about “handedness”, they still haven’t been able to precisely explain why humans favour using one hand over the other, or why human populations are biased towards right handedness over left handedness. The lack of a standard, empirical definition for measuring handedness means scientists disagree on what percentage of the human population are left or right handed. However, it is agreed that the majority of humans are right handed (between 70 and 95 percent) and the minority left handed (30 to five percent). By comparison, the ratio among apes is 50:50. At 1.8 millions years old, the Homo habilis fossil studied by the University of Kansas researchers marks the oldest known evidence of right handedness in the fossil record. “We think that tells us something further about lateralization of the brain,” said David Frayer, a KU professor emeritus of anthropology and the lead author of the study, in a press release. “We already know that Homo habilis had brain lateralization and was more like us than like apes. This extends it to handedness, which is key.” Brain lateralisation refers to the fact that the left and right hemispheres of the brain are not exactly alike, leading to certain neural processes and cognitive functions being more dominant in one hemisphere than the other. Scientists have long theorised that this brain lateralisation has some correlation to a person’s handedness. Frayer and team made their discovery by analysing labial striations – small cut marks, which are lip side of the anterior teeth in the intact Homo habilis jaw fossil. Known as OH-65, the fossil was found in a stream channel of the Olduvai Gorge in Tanzania. Most of the deep cuts on the lip face of the upper front teeth veered downwards from left to right. After analysing the marks, Frayer and his team believe they most likely came from OH-65 using a tool with its right hand to cut food it was holding in its mouth while pulling at it with its left hand. The scratches can be seen with the naked eye, but the team used a microscope to accurately determine their alignment. “Experimental work has shown these scratches were most likely produced when a stone tool was used to process material gripped between the anterior teeth and the tool occasionally struck the labial face leaving a permanent mark on the tooth’s surface,” said Frayer. The direction of the marks strongly suggests that the Homo habilis specimen was right handed. Of course, OH-65 is only one sample but it could be the first evidence of a dominant handed pre-Neanderthal. As such, it could lead to the search for similar marks in other Homo fossils, allowing scientists to gain further insight into the development of handedness. “Handedness and language are controlled by different genetic systems, but there is a weak relationship between the two because both functions originate on the left side of the brain,” explained Frayer. “One specimen does not make an incontrovertible case, but as more research is done and more discoveries are made, we predict that right-handedness, cortical reorganization and language capacity will be shown to be important components in the origin of our genus.” A host of different studies have pointed towards brain reorganization, the use of tools and use of a dominant hand all occurring early in the human lineage. This latest study, published in the Journal of Human Evolution, is the first to look into the directionality of striations in the earliest specimens of our evolutionary lineage. It shows how something seemingly as basic as the dominance of one hand over the other is well embedded in our evolutionary history. “We think we have the evidence for brain lateralization, handedness and possibly language, so maybe it all fits together in one picture,” said Frayer. Image courtesy of David Frayer]]>