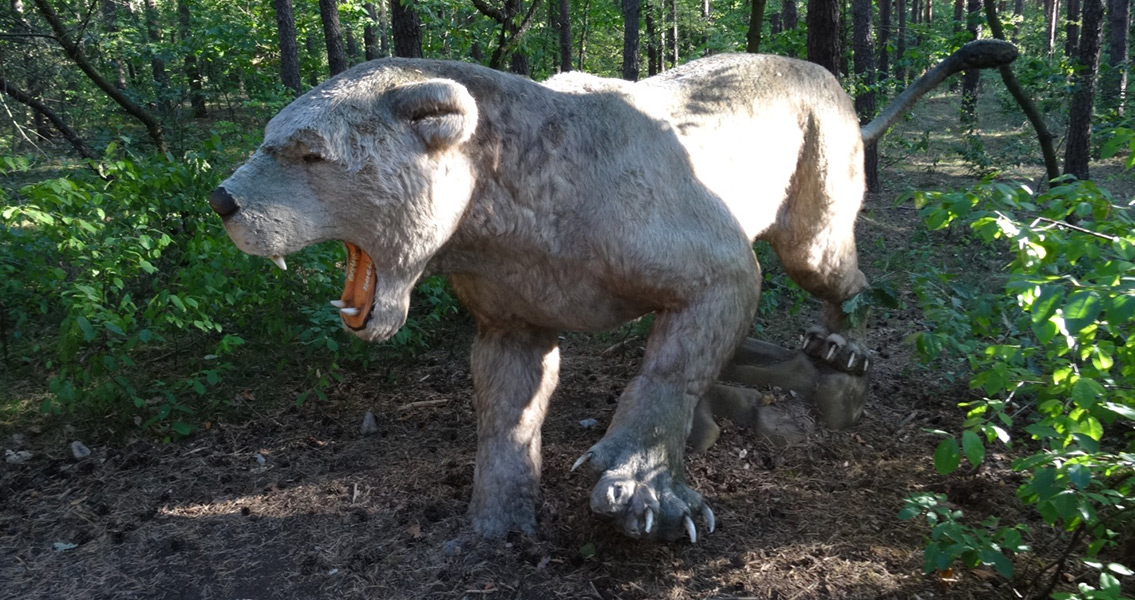 The Relationship Between Early Man and Eurasian Cave Lion Studied

Panthera spelaea, the Eurasian cave lion, a species that was larger than an African lion without the mane, became extinct approximately 14,000 years ago, but the reasons behind its disappearance have never been completely understood. Archeological findings show that between 50,000 and 10,000 years ago, Upper Paleolithic humans did in fact hunt animals both large and small, however, evidence of lion hunting is rare. In an attempt to determine if early humans hunted the cave lion, thereby contributing to its extinction, Marián Cueto, with the Universidad de Cantabria, Spain, and her colleagues examined nine fossilized toe bones from the claw of a cave lion, looking for evidence the cats were exploited by humans. The feline bones were unearthed at La Garma, the Upper Paleolithic cave site located in northern Spain. What researchers found was that a majority of the bones did in fact show signs of having been modified by stone tools used by humans, along with signs of a specific technique, similar to the one used by modern hunters to keep the claws attached to the fore while skinning it. The research suggests that the toe bones may have been part of a single lion pelt, possibly covering the floor of the occupied cave. The La Garma site is known to have been associated with human rituals, and it’s possible the Eurasian cave lions had some symbolic meaning for Upper Paleolithic humans. While the analysis doesn’t offer definitive findings which would conclude the Upper Paleolithic humans hunted cave lions for their pelts, it also doesn’t offer any findings to the contrary, and other evidence has been found showing that cave lions and early humans did interact in some capacity. The cave, situated on La Gama Mountain, is divided into different levels. In the upper section there are human burial sites, the intermediate level holds a large number of palaeontological remains, primarily bones. The most important remains, however, are found on the lower level where there are three intact spaces with numerous examples of painted art, including an amazingly realistic black horse, and a number of symbols painted red. Also found are representations of goats and bison and still more panels are covered with hand prints. The drawings date to between 28,000 and 13,000 years ago. Prehistoric humans ventured into the La Garma cave to perform sacred rituals. They navigated hundreds of yards through the dark, until they reached one of the circular stone huts (each with a horse skull in the center) where their religious ceremonies took place. Untouched for thousands of years, La Garma acts as a time capsule, with everything remaining exactly as it was during the Upper Paleolithic era. The nature of the ceremonies is unknown, however, the discovery of just foot bones indicates that aside from the pelts, the claws of the lion were also brought into the cave. The research has been published journal in the online journal PLOS ONE. Image courtesy of Wikimedia Commons user: Pit1233 ]]>