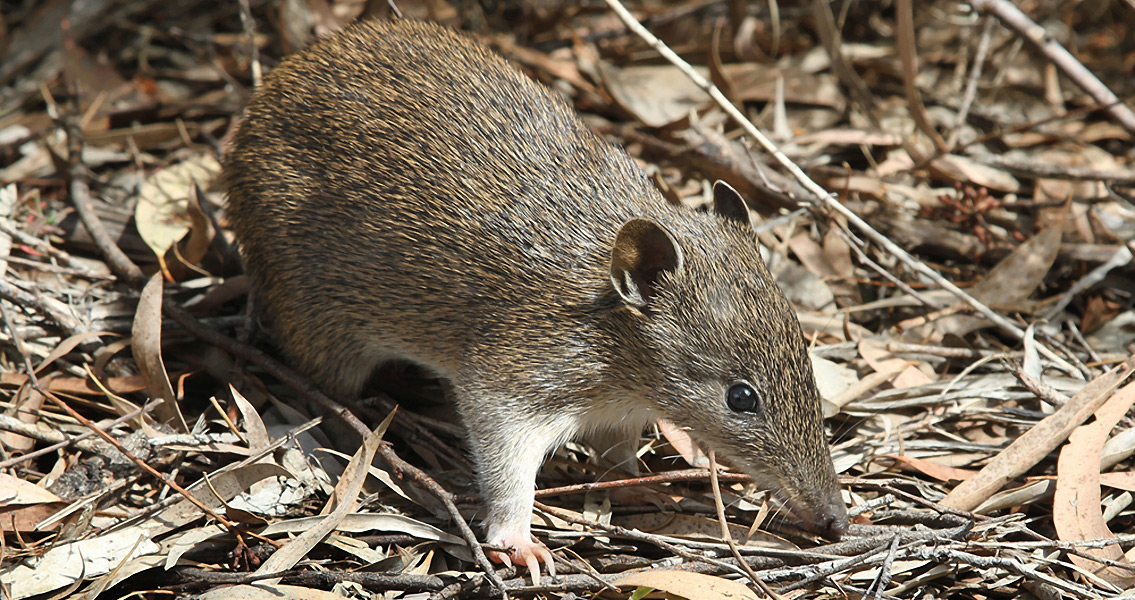 Lemdubuoryctes aruensis however, the remarkably archaic new bandicoot fossil discovered by Alpin, didn’t live in a rainforest but on an expansive savannah plain stretching from Australia to New Guinea at the time of the last glacial maximum. “While retreating rainforests and spreading grasslands did provide a backdrop for ecosystem change 5-10 million years ago. The Australian fauna likely adapted via changing its distribution rather than undergoing wholesale extinction and replacement,” Michael Westerman, with La Trobe University in Australia, says in the article, adding, “This agrees with our results from DNA, which indicate that modern desert-living bandicoot groups pre-date the onset of aridity by as much as 40 million years.” These timeframes coincide with the proliferation of Eucalyptus woodlands in Australia’s interior. “Bandicoots, like other Australasian marsupials, probably occupied a range of different habitats over many millions of years. However, our study has further implications for future conservation. Arid zone bandicoots are amongst the most vulnerable mammals in Australasia today, with multiple species having gone extinct within the last 100 years. By demonstrating their profound evolutionary antiquity, we can thus serve to highlight how extremely urgent it is to protect these living fossils as part of Australia’s unique biodiversity”, Dr. Kear is quoted as saying in the Heritage Daily article. The study has been published in Scientific Reports. ]]>