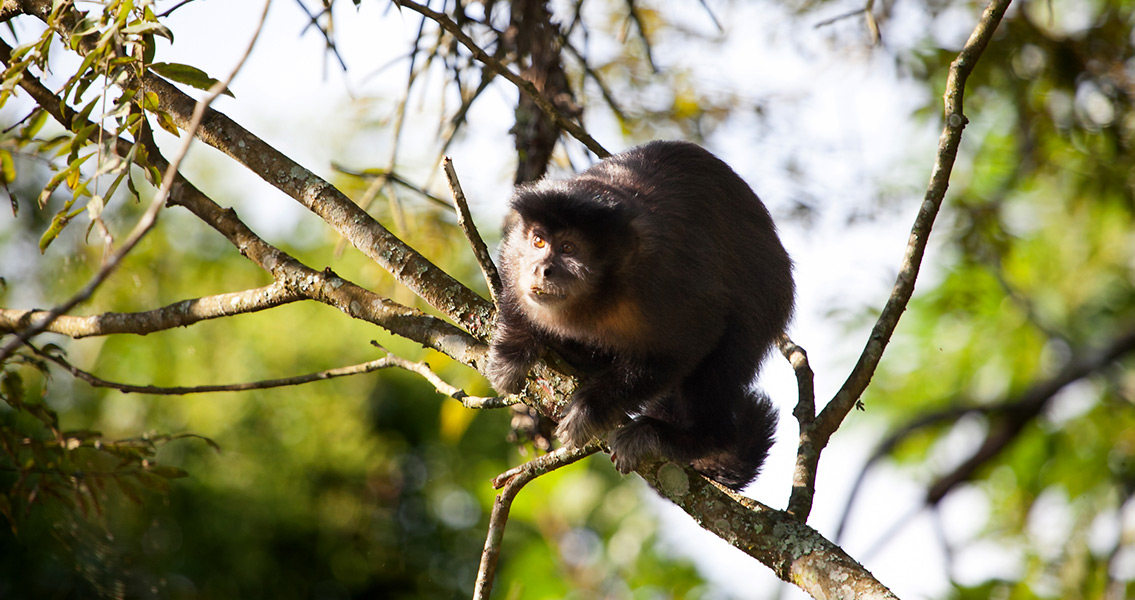 Sapajus libidinosus) uses rocks for a variety of purposes, such as cracking open a seed or fruit to extract the edible part. In addition, they hammer rocks against stone outcroppings, with the clear intention of smashing them. The process frequently produces sharp-edged conchoidal flakes with smooth rounded facets resembling the shape of a scallop shell. Crucially, the flakes are discarded by S.libidinosus, they are not used as tools. The monkeys performing this process have been observed licking and sniffing the quartz dust created by the rock fragmentation, leading scientists to speculate that the routine is performed for a dietary reason – perhaps in search of the trace element silicon, or to extract lichen from the rocks. A team of researchers from Sao Paulo University’s Psychology Institute (IP-USP), in collaboration with colleagues at the University of Oxford’s Archeology School and University College London’s Archeology Institute in the UK, have analysed the inadvertently produced rock fragments as part of the Thematic Project “Tool use by wild bearded capuchin monkeys (Sapajus libidinosus)”. Their results have been published in the online edition of the journal Nature. “We discovered that some of the stone flakes produced accidentally by these capuchin monkeys were very similar to Oldowan stone tools”, said Tiago Falótico, a postdoctoral fellow of IP-USP and one of the authors of the study, in a press release. First identified in Tanzania, Africa, Oldowan tools are among the oldest stone tools ever found and considered the earliest evidence of cultural behaviour, dating to as far back as 2.6 million years ago. Named after Olduvai Gorge, where they were first found, the tools are usually associated with Homo habilis, one of the earliest species of the Homo genus. The stone flakes and other materials gathered by Falótico and principal investigator Eduardo Ottoni over the course of several years were analysed by Tomos Proffitt, a researcher at Oxford University’s Archaeology School and expert on Oldowan tools, and Michael Haslam, a researcher at UCL’s Archaeology Institute. Proffitt and Haslam’s results showed that the stone flakes produced by the capuchin monkeys had identical characteristics and morphology to deliberately produced hominin tools. Half of the flakes exhibited conchoidal fractures, an attribute usually associated with the hominin production of tools. They also displayed varying levels of percussive damage as well as sharp edges, again, characteristics associated with hominin tools. “Paleoanthropologists use the characteristics of sharp-edged stone flakes both to distinguish them from naturally broken stones and to attribute them to the hominins that produced flakes with these shapes intentionally in order to use them as tools,” Falótico said. The fact the capuchin monkeys produced flakes which are indistinguishable from hominin produced ones, however, opens up a range of interesting questions about how we read the paleontological record. “When sharp-edged flakes are found at an archeological site, it’s usually easier to attribute them to hominins because the same digs generally also turn up many stone cores and signs of human occupation, such as fires,” Falótico said. “However, when they’re found in isolation with few or no other archeological artifacts, we should bear in mind that they might not necessarily have been produced by human ancestors.” ]]>