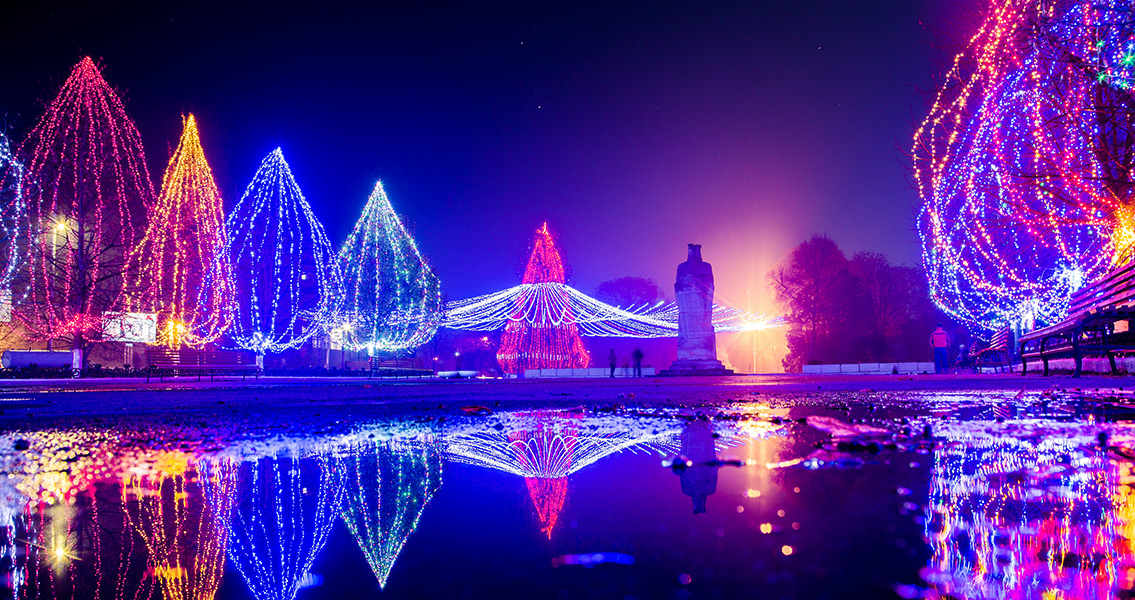 Where History Met Legend The Arthurian legend has long captured imaginations, and one of the biggest stories of 2016 involved the discovery of the remains of a royal palace at the fabled birthplace of King Arthur. Tintagel, a thirteenth century castle in Cornwall, has long been associated with the legend of King Arthur, the site purpotedly the place of his birth. Ongoing digs at the site by the Cornwall Archaeological Unit uncovered a series of one metre thick walls dating to the sixth century. The team behind the discovery believes these walls were part of a palace that was once part of Dumnonia, an ancient kingdom in the south-west of England. In excess of 150 glass and pottery fragments were also discovered at the site, suggesting its inhabitants were rather wealthy. If the findings are indeed evidence of a sixth century royal palace, it could fundamentally change our understanding of Tintagel – one of the most important archaeological sites in Europe. New Roman Revelations 2016 unearthed a host of new information about the history of the Romans, a wealth of archeological finds and new studies challenging existing ideas about life in the Roman Empire. In July, the discovery of a Roman settlement in the village of Ipplepen in the UK expanded the western boundaries of the Roman Empire by 20 miles. Archaeologists working on the Ipplepen Archaeological Project unearthed large amounts of pottery at the site, that had been made across the Roman Empire and imported to Britain, highlighting the extensive trade networks that connected the far corners of the empire. http://www.newhistorian.com/discovery-devon-expands-boundary-roman-rule-britain/6732/ In September, the callous image of the Roman family was challenged. For years, the discovery of the bones of tiny children at Roman cemeteries around Britain has been considered evidence of the widespread practice of infanticide among the ancient Romans. Using innovative new methods however, researchers from the Natural History Museum, Museum of London and Durham University were able to show that in fact many of these remains were those of stillborn children. Although not completely ruling out the practice of infanticide, the findings suggest it may not have been as widespread as previously believed. At the start of the year, a study published in the open access journal PLOS ONE provided the first hard proof that migrants from across the empire had made their way to settle in Rome itself. Janet Montgomery from the UK’s Durham University and Kristina Kilgrove from the US-based University of West Florida carried out isotope analysis on over a hundred sets of remains dating to the first through third centuries and excavated from Roman cemeteries. They found that many of the individuals studied had migrated to the Imperial capital from the Alps and North Africa. Fresh Insights Into a Mysterious Culture The Etruscans are one of the most fascinating yet mysterious ancient civilisations. The pre-Roman Italian culture had its origins around 700 BCE, and lasted until its eventual absorption into the Roman Empire in the fourth century BCE. Clearly a powerful, sophisticated people, little is known about the Etruscans, but in 2016 some tantalising clues into their lives were revealed. In March, archaeologists announced the discovery of a new religious text inscribed on an ancient piece of sandstone. Dated to the sixth century BCE, it is an incredible rarity due to the fact that most Etruscan texts found to date tend to focus on funerary practices. As the 500 pound slab is analysed, archaeologists hope to glean new information about Etruscan religion and expand their knowledge of the language of the ancient civilisation. Preliminary translations of the stone slab have already revealed the name of a pivotal Etruscan fertility deity – Uni. The discovery of an Etruscan gravesite in November pointed to a darker side to the early civilisation. It was found that the man interred in the 2,500 year old grave site had been shackled around the neck and ankles. It is believed that the man, aged between twenty and thirty, had died while wearing the chains. Often viewed as something of a benign, peaceful civilisation, the unusual burial adds to a growing body of evidence bringing that view into question. ]]>