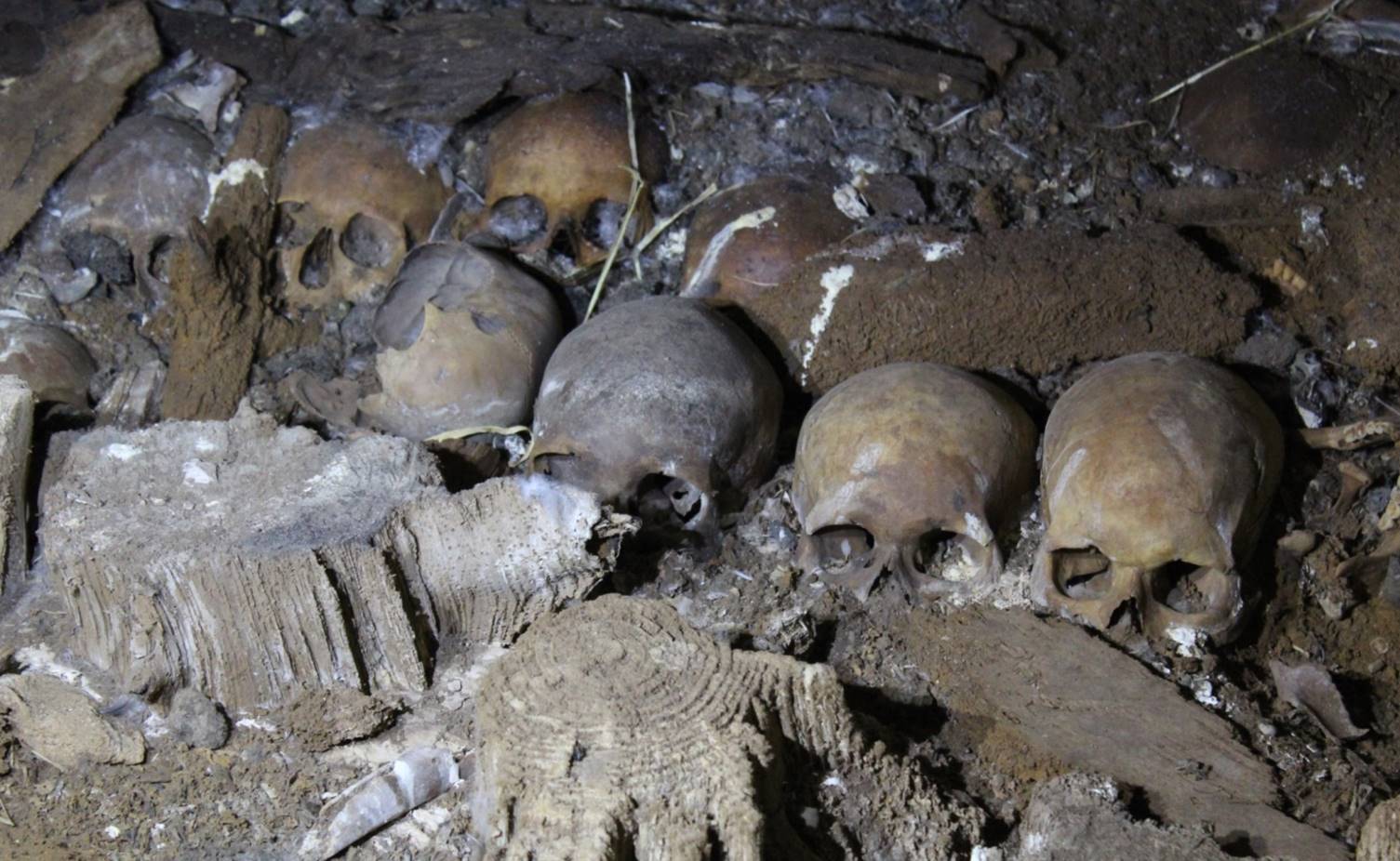 Early funeral rituals: mysteries revealed A collaborative excavation from the University of Granada in Spain, the University of Tübingen in Germany and the University of Cambridge in the United Kingdom has uncovered around one hundred bodies; many of which have been affected by hitherto undiscovered funeral rituals, including hair that has been dyed red. The bodies were uncovered in a Biniadris Cave, which would have been frequented by different societies over a period of between 3,300 and 2,600 years ago.   [caption id="attachment_8737" align="aligncenter" width="500"]

View of the entrance to Biniadris Cave in Menorca. Credit: University of Granada[/caption]

Hair dye and its symbolic value

Two archaeological researchers from the University of Granada, Dr. Eva Alarcón García and Dr. Auxilio Moreno Onorato, have written: “Evidently, the red tufts of hair must have had symbolic value for these social groups. They were perfectly cut and deposited in containers of varying sizes that were made of different materials (metal, leather and even wood), which were then hidden in specific parts of the cave.” [caption id="attachment_8738" align="aligncenter" width="500"]

A unique combination of funeral rituals

As well as colouring the deceased’s hair red, members of this society practiced a collection of funeral rituals that reflect their local religion and its symbolism. For example, the researchers found that the bodies were usually placed in the centre of the cave, where they were surrounded by ceramic fragments. Trepanation, a symbolic act in which a hole is drilled into the skull of the deceased, was also practiced on many of the bodies. Dr. Eva Alarcón García notes: “There are no precedents for these kinds of social practices in the Iberian Peninsula and they are unique to the Balearic Islands. The buried were placed in the middle of the cave and a variety of elements were used during the rituals, such as plant materials (branches and trunks), ceramic vessels that must have played an important role given the degree of fragmentation they exhibit, iron oxide ores (‘ochre’), etc.”

The team of archaeologists also found that many of the bodies were dressed up in ritualistic attire. Needles, fabric and ancient V-perforated buttons made from bones and wild boar tusks were discovered in the cave, close to the bodies. The remains of the hairs and fabric are currently being studied through carbon-14 dating at the University of Cambridge. “Undoubtedly, the findings at the Biniadris Cave will raise many questions and pave the way for new lines of research, not only from archaeological perspectives but also from anthropological ones. For now, the main objective of the research is to solve the enigmas presented by these mysterious funeral rituals performed long ago in the Biniadris Cave,” they conclude.]]>
Tags: archaeologybronze ageDiscoveryEuropehumansMenorca
Share 0
Tweet
Share
Share
Share