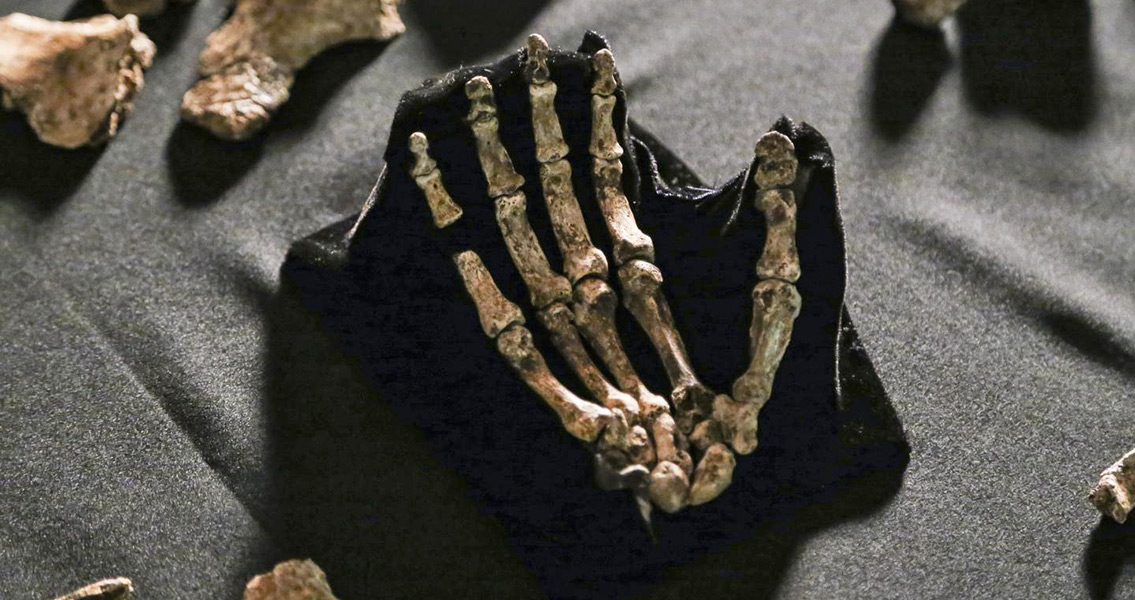 Homo naledi, has shown that the hominin was probably equally good at climbing trees as walking, even running, on the ground. What’s more, Homo naledi seems to have been handy with tools, media report. This new examination focuses exclusively on the anatomy of the hands and feet of the hominin and has found that the shape of the bones is very similar in many ways and distinctly different in others from our own. Among the similarities are the shape of the foot, specifically the ankle joint area, as well as the absence of a “grasping big toe”, the researchers say in their new paper, Still, the toes were more curved than ours, which suggests Homo naledi felt comfortable in the trees. Commenting on the paper, Jeremy Da Silva, an anthropologist from Dartmouth College, told Reuters that the foot and leg anatomy of Homo naledi revealed the species was well adapted for long-distance walking and running, with elongated bones, and ankles and knees like modern humans’. At the same time, however, Homo naledi had a lower arch than modern humans, and the toes were curved. Another commenter, William Harcourt-Smith from the American Museum of Natural History, told the BBC that the hominin’s lifestyle probably involved long periods of being on the ground, and going up in the trees to escape predators or to feed. All in all, however, Harcourt-Smith said the species was “much more bi-pedal than not, but not 100%.” The hand bone fossils found in the Rising Star cave in South Africa offered even more fascinating insight into this ancient ancestor of ours. The shape of the hand suggested that although the fingers were more curved than are ours, Homo naledi could manipulate tools. This suggestion could fuel a hypothesis that tool use is not as directly related to cognitive capacity as traditionally believed. Homo naledi’s brain was just a third of the size of ours, something that would usually make scientists think the species was unable to make and use tools, but apparently the case is the opposite. One palaeoanthropologist commenting on the paper, Tracy Kivell from the University of Kent, told Reuters that this discovery “causes us to perhaps rethink the cognitive requirements for tool use.” The Homo naledi fossils were found in August and the discovery was made public in September. Starting with one nearly complete skeleton, so far researchers working at the site have unearthed partial remains from around 15 individuals. Hand fossils alone number almost 150, with one almost complete specimen of the right hand of an adult, while foot bones total 107 so far, with one completely preserved right foot, again of an adult. Luckily for science, the bodies in the cave were not disturbed after they were put there or died there and they did not suffer the effects of the elements, such as floods, which would have dissolved some of the smallest bones, Tracy Kivell told the BBC. For more information: “The hand of Homo naledi”]]>